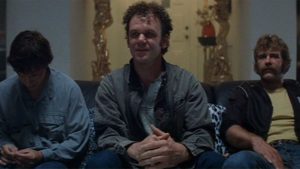 Dirk Diggler (Wahlberg), Reed Rothchild (C.Reilly) and Todd Parker (Jane) wring their hands nervously whilst dealer Rahad Jackson (an unforgettable Alfred Molina) has all the time in the world. Air-drumming, Russian Roulette and the occasional firecracker all heighten the agitation. That is until Jackson’s mix tape plays Rick Springfield’s Jessie’s Girl. PT Anderson’s sideline as a music video director shines through as the 80’s soft rock anthem dilutes the danger as Jackson sings like no-one’s listening. Which is handy as he only know a handful of the words. 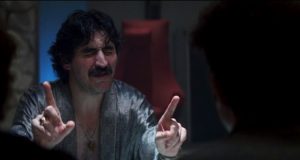 In a moment of calm, an uncomfortably-long close-up lingers on a distant Diggler. His gaze reveals everything from malicious intent to mirthful indifference and for a moment it fells like everything will work out. However, Parker soon shoots holes in that euphoric aside. With designs on stealing the contents of Jackson’s safe, his actions send the trio into a downward spiral from which they never fully recover.

Have you got a favourite movie moment that you think should be our Scene Stealer? Let us know in the comments. 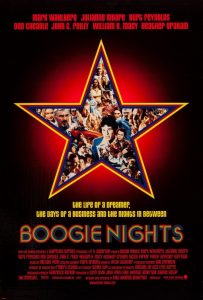