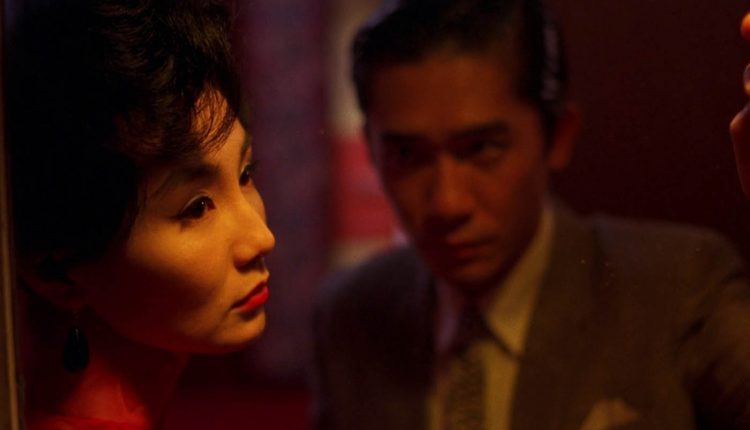 Scene Stealer: In The Mood For Love’s Wrenching Finale

An early version of Wong Kar-Wai‘s In The Mood For Love had too many words. The film had an infamously prolonged and difficult shoot something which is all the more surprising given the uncanny, uncommon grace and lightness with which the finished product is imbued. The writer/director favours improvisation, choosing to work from a half-finished script, his gut, and with the immense support of a murder’s row of prodigiously talented collaborators, both in front of and behind the camera. In the end, filming took over a year. The editing process was even longer; the final cut was was barely completed in time for the 2000 Cannes Film Festival, where the finished film debuted.

Much of that time was spent building up, and then drastically reducing, the amount of verbose dialogue, character interactions and period detail of this Hong Kong-set chaste romance. In the finished film, the details are as strikingly austere as the speech: two neighbours, who remain unnamed, played by Maggie Cheung and Tony Leung, flirt with the idea of having their own affair after discovering their respective spouses are cheating together. However, little of this is said out loud, and the “romance” is never actually consummated. Despite this seeming simplicity, the emotional undercurrent of In The Mood For Love roars like an ocean.

Such a nontraditional framing of a familiar story required an ending of comparably unconventional catharsis, and that’s exactly what we get. The end of the film skips forward some years, with Cheung and Leung’s characters separated now by geographical as well as emotional distance. The latter finds himself in the Cambodian temple complex of Angkor Wat, far away from the stylishly-lit and set-dressed apartment buildings of home.

It’s here that he makes good on a concept discussed earlier – a folkloric tradition of digging a hole in a tree, whispering a secret into it and then covering the hollow with mud – and in doing so instigates one of the most goosebump-raising, heart-string-pulling moments of modern cinema. As Leung presses his lips to the hollow, Michael Galasso’s mournful, melancholic score floods the soundtrack, rendering us simultaneously as far away from understanding the character’s thoughts and feelings as in the rest of the film, and as the camera slowly circles around him, all too painfully aware.

But enough of my waffling! Take a look at In The Mood For Love‘s finale for yourself and tell me you don’t catch feelings…

Jane Campion’s The Piano – 25 Years On

What Film Taught Me About…Gambling