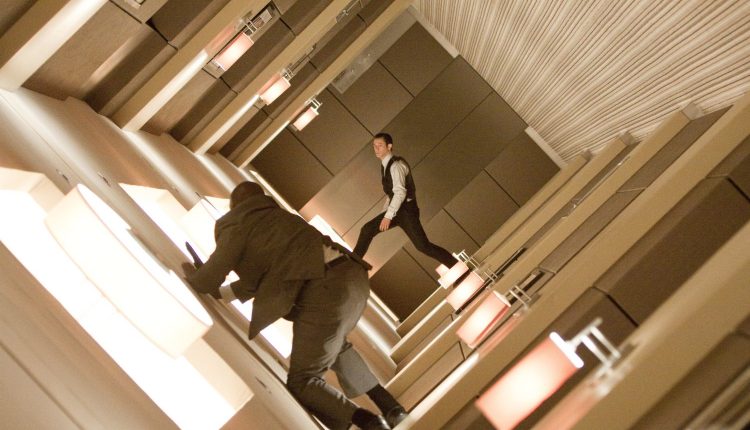 We don’t need much of an excuse to sing the praises of Christopher Nolan, but with Dunkirk storming into both our cinemas and our collective affections (along with a 5 star Flickfeast review), it seemed too good an opportunity to miss. So, imagine an introductory ‘braahm!’ or two as we give you the dream-like wonder of Inception’s zero gravity fight scene.

With Hans Zimmer’s bombastic score laying it on thicker than Leo at a Climate Change Conference, we witness a fight that never fails to provoke a shit-eating grin on each and every viewing. Arthur (Gordon-Levitt) attempts to keep his sleeping pals safe whilst his slumbering self is being thrown around in the back of a transit. I think. As the van topples and turns mid-chase, Arthur has to fend off two assailants with the rotating, tipping, and spinning corridor working against him.

The fight leaves the viewer wondering not only where and which way up they are, but how it’s all done. With wall-crawling and ceiling-scrapping that would have Spider-Man and Lionel Richie doffing their caps, the scene is truly a marvel of modern cinema and testament to the greatness that can be achieved with imagination and practical effects.