Choose any scene from hit film The Devil Wears Prada (1996) – based on author Lauren Weisberger’s bestselling novel of the same name – and you are guaranteed a piece of iconic cinema.  The whole hundred plus minutes are so full of acid sharp dialogue, catty putdowns and marvellously over-the-top performances, that the finished product is more mesmerising than next season’s hottest catwalk show. 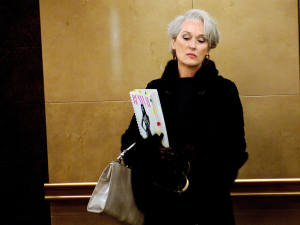 The scene which stands out from the rest however is without doubt the arrival of the devil herself, Miranda Priestly (Meryl Streep).  From the moment her panicked assistant Emily (a wonderfully waspish performance from English actress Emily Blunt) announces that her boss is about to arrive, to when she follows the aloof editor-in-chief as she strides to her office like a battleship in full sail leaving minions quaking in her wake, this opening scene is a masterclass in the art of the duologue. 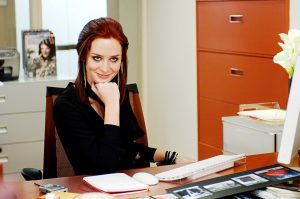 Weisberger swears blind her book is not based on her short stint at the real-life Vogue magazine in New York.  However, for anyone with even the slightest interest in fashion, the similarities between Priestly and Vogue’s editor-in-chief Anna Wintour are unmistakable.  Whatever the truth, the first appearance of Streep in the film, makes for one of cinema’s most memorable entrances. 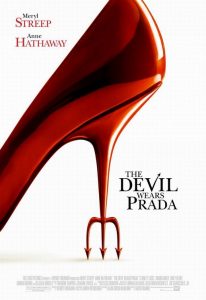