After being sidelined for the part a decade earlier – due to his commitments on the TV show Remington Steele – Pierce Brosnan finally made his debut in the role he was born to play, James Bond 007, in the 1995 action spectacular Goldeneye. 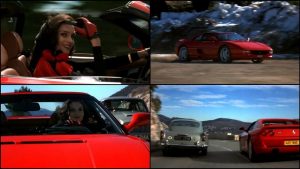 Poor old Timothy Dalton, dear love him, never really looked comfortable as Bond: filling the shoes of Roger Moore, one of the most popular actors to take the role on, was never going to be an easy task. So enter Brosnan in an adventure which showed, from the word go, the direction he clearly wanted to take the character of the world’s favourite secret agent. Mixing Connery’s edginess with Moore’s wit and as many gadgets, girls, cars and spectacular locations as you could hope for, Brosnan made Bond his own in what was to be one of the franchise’s most successful outings to date.

But it is the post credits opening scene which really sets the pace for Goldeneye as a whole. Bond and Caroline (Serena Gordon) – sent by head office to assess him – find themselves racing head to head with the mysterious Xenia Ontaopp (Famke Janssen) – one of the best Bond villains ever – in the hills high above the Côte d’Azur. After a few hair raising near misses and plenty of sexual innuendo, Bond and Caroline then allow Xenia to disappear in a cloud of dust, whilst they get down to the business of his ‘assessment’. Ah well, clearly some things never change! 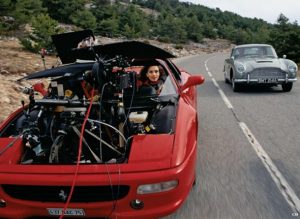 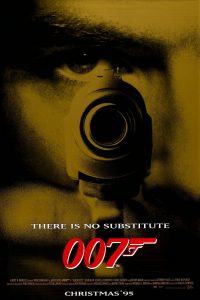