Scene Stealer: The Wedding Singer – Somebody Kill Me

Ah, The Wedding Singer. 1998. Chances are, if you dare to utter the name ‘Adam Sandler’ these days, everybody bar Netflix’s finance department will down tools and do a runner. And with good reason too: he’s like Marmite. Just Marmite that’s out of date and with a smattering of fur sprouting on the surface.

But this wasn’t always the case. There was a period (95 minutes to be precise) where Adam Sandler was watchable, witty and, well…able to act. The Wedding Singer caught Adam Sandler when he was riding high after the triple threat of Billy Madison, Happy Gilmore and Airheads. It was well before he’d judge his next project on whether or not it would afford him another ivory back scratcher like, oh, let’s say Pixels. 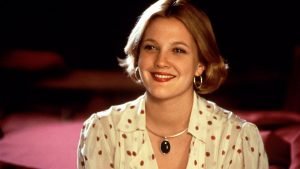 The Wedding Singer saw a beautifully mulleted Sandler drop (almost) the “it’s funny ‘cos its loud” approach. He was instead nuanced in his portrayal of Robbie Hart. His titular wedding singer and failed rock star gets jilted by his groupie girlfriend, which blinds his feelings for his new bff (a never-more-endearing Drew Barrymore), Julia Sullivan. Thankfully, not for long. Move on: tears are welling.

Taking over the mantle in the annoyance stakes is that end appearance from an uncredited Jon Lovitz, who hasn’t been funny since playing Rachel’s stoned date in that Friends episode (“Tartlets? Tartlets?”). However, this scene tells you everything you need to know about The Wedding Singer: it’s heartfelt and funny, with knowing musical references (does this song sound anything like The Cure?) and a healthy dollop of 80’s nostalgia.

It’s also your Scene Stealer and your earworm all in one! You’re welcome.