by Cleaver Patterson
in News, Spotlight

It’s not long (this day week in fact) until Star Trek Beyond – the latest instalment in the phenomenal Star Trek franchise, direct by Justin Lin – hits the big screen.  In a story which sees the intrepid crew of the Starship Enterprise going, quite literally, where no man has gone before, and encountering a new enemy who poses a threat to everything they stand for, it appears that Kirk (Chris Pine) and his crew will need all the help they can get. 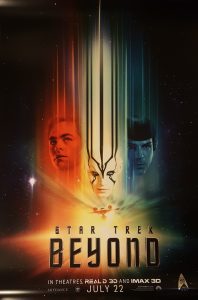 Assistance which – according to this new featurette which has just been released – comes in the form of alluring alien Jaylah (Sofia Boutella), who soon strikes up an uneasy alliance with crew member Scotty (Simon Pegg).  Going by what we see here, the captain and his team will have their hands full with their new comrade.