A Prequel to The Sopranos is in the Post

“David is a masterful storyteller and we, along with our colleagues at HBO, are thrilled that he has decided to revisit, and enlarge, the Soprano universe in a feature film,” said Warner Bros. Pictures Group boss Toby Emmerich.

When The Sopranos ambiguously faded to black in it’s series finale back in 2007, the majority of fans felt like a bunch of mamalukes! Although we won’t be getting an answer as to what transpired in that ominous scene in the diner anytime soon, there’s some solace to be sought in the news that showrunner David Chase (Not Fade Away) is developing a prequel movie. 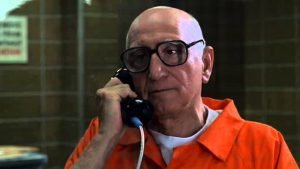 Entitled The Many Saints of Newark and set in the 1960’s, the movie looks set to focus on the violent clashes between the African American and Italian American Communities. The 60’s? Hopefully, that can only mean one thing: Corrado Junior in his prime. Be afraid. Be very afraid.

What would you want to see in a Sopranos prequel picture?  Let us know in the comments below.