Like a cloud of noxious Smilex gas, the news spread this week that an origin film for The Joker was in the works. Directed by The Hangover’s Todd Phillips and produced by Martin Scorsese (yes, that one), the film will look past Jared Leto for a new actor to portray the clown prince of crime. 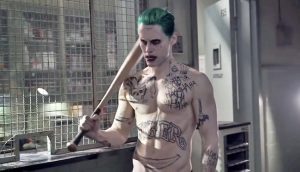 “The intention is to make a gritty and grounded hard-boiled crime film set in early-80s Gotham City that isn’t meant to feel like a DC movie as much as one of Scorsese’s films from that era, like Taxi Driver, Raging Bull or The King Of Comedy,” says Deadline‘s Mike Fleming Jr.

“Ugh” says everyone else.