To say that Star Wars: The Last Jedi has been divisive is something of an understatement. Amidst contrasting fan and critic reactions and petitions (yeah, we know!) to have it removed from the Star Wars canon, Luke Skywalker (Hamill) himself has more than been making up for his lack of dialogue in The Force Awakens.

Speaking to SensaCine, Hamil recalled; “I said to Rian, I said ‘Jedis don’t give up.’ I mean, even if he had a problem, he would maybe take a year to try and regroup, but if he made a mistake he would try and right that wrong, so right there, we had a fundamental difference, but, it’s not my story anymore. It’s somebody else’s story, and Rian needed me to be a certain way to make the ending effective.” 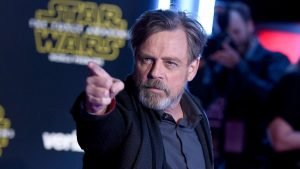 After kickstarting the “Not my Luke” movement, Hamill took to Twitter in an online “Alright, calm down, we’ve all had a few!” moment:

“I regret voicing my doubts & insecurities in public. Creative differences are a common element of any project but usually remain private,” tweeted Hamill. “All I wanted was to make [a] good movie. I got more than that — Rian Johnson made an all-time GREAT one! #HumbledHamill.”

What did you think to Hamill’s portrayal? Let us know in the comments below.