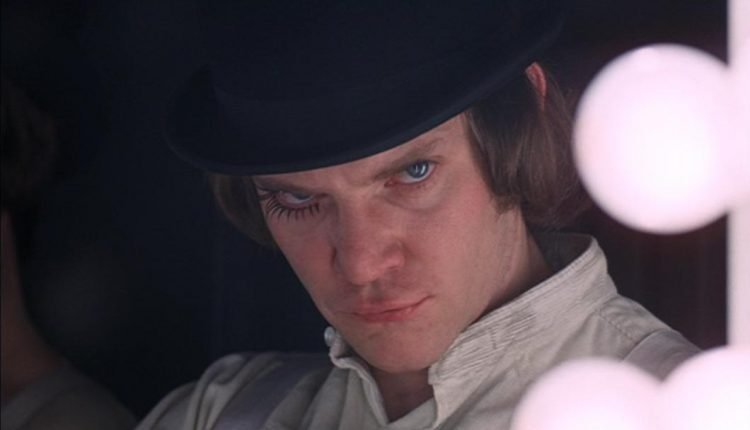 As part of July’s KubrickFeast, we asked the FeastFam team of writers to have a long, hard think about Stanley Kubrick and then wax lyrical accordingly. The results were…interesting! Today, I take on A Clockwork Orange.

Video Nasty. Ushering those two simple words would garner as much enthusiasm in a school playground as a fight kicking off or a dog on the loose. These ultra-violent, Horror-shows of films had made it to VHS, slithered through a loophole in the BBFC’s laws and into the schoolyard. Although not strictly speaking a Video Nasty itself, A Clockwork Orange carried a similar reputation, amplified by the fact that it was even harder to get your grubby little hands on.

Withheld by Kubrick himself amidst fears of copycat violence, the 1971 film wouldn’t get it’s full UK release until the year 2000, mere months after Kubrick’s death. As a result, the people claiming to have seen A Clockwork Orange far outnumbered those who had actually seen A Clockwork Orange. Chinese whispers had stripped the film of any semblance of satire or social commentary and reduced it to nothing more than a man in mascara waving a giant porcelain cock. 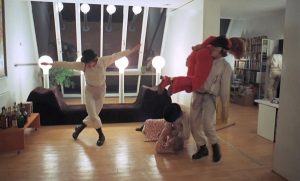 As children, we had no idea that the film was based on Anthony Burgess’ dystopian diatribe; much like the protagonist himself, seeing some ultra-violence and a little of the old ‘in-out-in-out’ was all that we were interested in. On those grounds though, finally seeing the film was an enormous disappointment. By that point we were, ironically, somewhat desensitized to the krovvy pouring from open knife wounds.

The sexual content was unbearably uncomfortable as opposed to erotically exciting. It was out of context from what we’d been taught and (even more) alien than what we expected. Then, there was the shame afterwards. It was as if we’d witnessed a crime that we couldn’t report or understand the motives of.  All we could do was to be kind and rewind the video and pass it on the next day to a “How was it?”

Coming back to the film in your twenties though? That was a different matter. And one for another time.

What are your memories of A Clockwork Orange? Let us know in the comments below.

If you want to be in with a chance of winning some exclusive artwork inspired by Stanley Kubrick‘s A Clockwork Orange, then click this way...