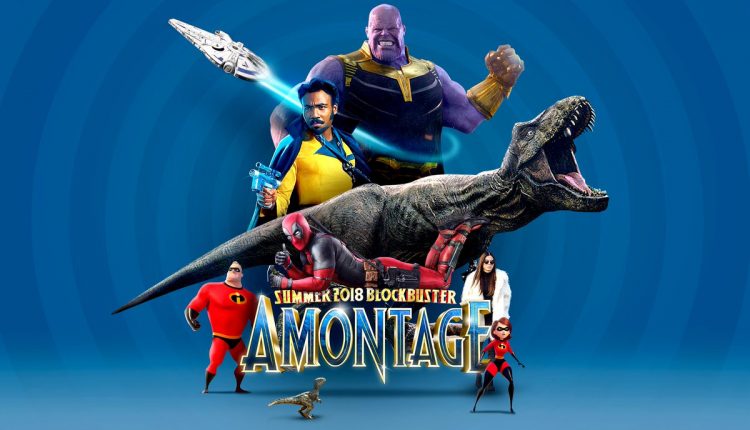 Be Prepared for Summer at the Cinema with This BlockBuster Montage

With Avengers: Infinity War hitting cinemas this week, the summer blockbuster season is upon us. As a preview of what’s coming out in the upcoming months, film critic Amon Warmann has put together a three-minute ‘AMONtage’.

Accompanied by Zayde Wølf’s ‘No Limits’, this brilliant sizzle reel features more than ten summer blockbusters. Hotly anticipated films coming out next month include Solo: A Star Wars Story and Deadpool 2, while sequels Incredibles 2, Jurassic World: Fallen Kingdom and Ocean’s 8 are scheduled for a June release.

Other films featured in the AMONtage include Sicario 2, Ant-Man and the Wasp and Mission: Impossible – Fallout.

With so much to look forward to, there’s plenty to catch at the cinema.