Jane Campion’s The Piano – 25 Years On

by Katie Smith-Wong
in Spotlight

In 1993, filmmaker Jane Campion made history with her third directorial feature as she became the first female director to win the Palme d’Or at Cannes. After receiving critical acclaim from the festival, the film went on to receive three Academy Awards, including Best Original Screenplay for Campion. However, 25 years on, has the romance of The Piano stood the test of time?

Accompanied by Michael Nyman’s beautiful score and Stuart Dryburgh’s stunning cinematography, The Piano depicts how a headstrong woman is reduced to a possession fought over by two very different love interests. While the film does not attempt to portray Alisdair (Sam Neill) nor Baines (Harvey Keitel) as typical romantic heroes, neither are evidently bad and it is difficult to believe that neither sees Ada (Holly Hunter) as an equal. However, considering the social position of women of the mid-19th century, this is seen as normal. However, the only difference between the two men is that one is more driven by his emotions, which eventually wins Ada’s heart. 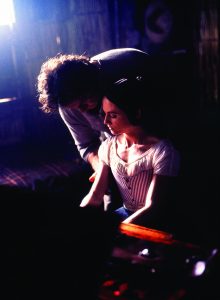 Commanding the screen, the fierceness of Hunter’s performance as Ada is softened by her talent as a pianist. In Ada’s eyes, the piano is her voice and how she expresses to the world so when the instrument is taken from her, her aggravation and emotiveness are hindered by her selective mutism. In fact, her incapacity to speak and Baines’ illiteracy highlight a mutual understanding – neither can communicate in such a basic manner, so the only way Baines can convey his growing attraction is through the taboo of physical touch, something that Ada does not experience with her own husband.

A frontiersman who struggles with the local Maori community, Alisdair airs a sense of superiority over the townspeople and his snobbish attitude stifles him as a love interest. When Ada first arrives, he is the one waiting for her to warm to him yet he shows little affection. In fact, the only time he shows strong feelings is when there is a competitor for Ada’s affections – by this time, it is too late. Baines, on the other hand, is quickly intrigued by Ada and her ‘need’ for the piano. Seeing her as ‘forbidden fruit’, he struggles to hide his feelings so uses the lessons to become close to her. Despite the wickedness of his intentions, the fact that he chooses to surrender the only thing he has over Ada – her beloved piano – shows that his feelings are more than physical.

In a way, the only rational character is Ada’s daughter Flora, played by Anna Paquin in her debut screen role. Acting as her mother’s interpreter, her spirited, talkative nature provides a stark contrast to Ada’s indifferent nature. While she initially shows a strong bond with her mother, her confusion about Baines’ ‘lessons’ and Ada’s feelings towards him highlight her innocence and her growing loyalty to Alisdair, which only leads to a bout of unexpected violence.

While The Piano does not portray a conventional romance for modern audiences, Campion places a compelling heroine in the middle of a love triangle that is dominated by passion and social acceptance, highlighting how the heart is not something freely given away.

The Piano is in UK cinemas from 15th June, and on DVD, Blu-Ray and Digital Download on 16th July.