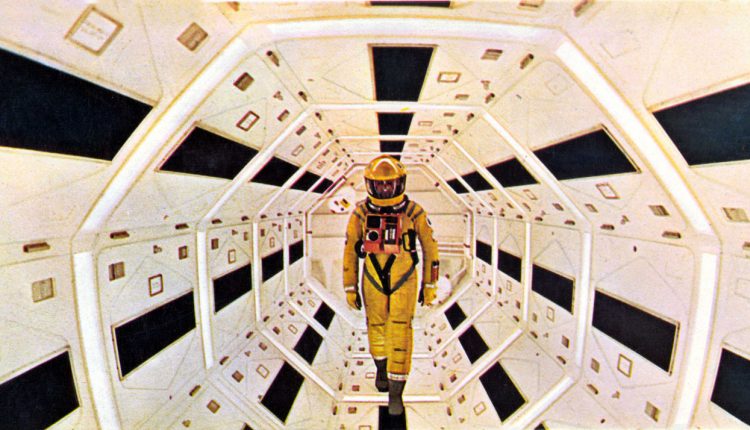 Many of the world’s greatest creations have been foretold by science fiction. Everything from submarines to space travel have been predicted by these prophets of sci-fi, but few writers have reached the level of prophetic predictions as that of Arthur C. Clarke and Stanley Kubrick in 2001: A Space Odyssey.

Loosely based on two of Clarke’s short stories, 2001: A Space Odyssey was written by Clarke and Kubrick in 1968 simultaneously in book and script form, respectively. Despite a few variations, the film and book both tell the same story and make the same predictions about man’s future in regard to technological. While some of these predictions are a little off from what we have today (think: videophone sequence) others (like, manned space travel to Jupiter) remain outside our grasp. 2001: A Space Odyssey did more than change cinema, it set the stage for events that would change our lives.

The glass cockpit (an update from analog gauges and dials to digital screens and readouts) that is shown in 2001: A Space Odyssey didn’t come become a reality until the release of the MD-80 over 10 years later in 1979.

So, you thought Steve Jobs developed the iPad? As much as I admire Jobs and his contributions to technology and society, Kubrick was over 40 years ahead of him in regard to the iPad. During the Jupiter mission, the two doctors/astronauts aboard the ship can been seen using electronic tablets that look suspiciously similar to Apple’s iPad.

In 1968 in-flight PTVs were only a fantasy, it wasn’t until several years later that passengers could ignore the in-flight movie to watch what they chose on back of the seat in front of them.

One of the most recent developments to arise from predictions found in 2001: A Space Odyssey is computers with the ability to read lips. In 2009 it was announced that not only can this software read lips, but it can read them in several languages.

Many films and books predicted man traveling to the Moon, but 2001: A Space Odyssey is one of the more memorable films to depict events taking place on the lunar surface.

Robotics have been a major player in the world of manufacturing for many years, but it wasn’t until 1981 that NASA used the first robotic arm in space for the unloading of spacecraft’s payload.

It’s easy to laugh at the archaic videophone sequence in 2001: A Space Odyssey, but the important thing to take away from it is the prediction of video communications, such as Skype, which is now commonplace.

Although Kubrick’s vision of the space station is a little off base, this prediction came into existence in 1971 with the launch of Saylut 1. Since then, several space stations have come and gone, but it remains a staple of space travel and exploration.

While still not commonplace, space tourism is a reality. Astronauts had been shot into space before the release of 2001: A Space Odyssey, but space tourism by business personnel didn’t come along until the 1980s.

Suspended animation is still in the experimental stages, but the FDA recently approved its usage for medical purposes which allow a patients heart and breathing to be slowed in order to perform emergency surgeries that would not be possible otherwise.

What other prophetic predictions did you spot in 2001: A Space Odyssey? Let us know in the comments below.