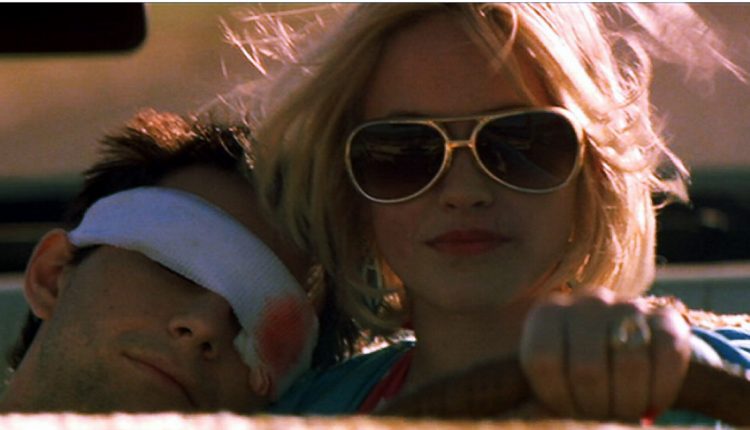 There are few figures in the world of film whose work is as instantly recognizable as Quentin Tarantino’s. While Tony Scott ended up directing True Romance after Tarantino reportedly lost interest in the project and sold the script, the creative influence of the latter is immediately felt. It isn’t every filmmaker that can so effectively blend comedy and romance with intensely graphic violence.

Christian Slater plays Clarence Worley, a lover of comic books, kung fu movies, and Elvis Presley. His seemingly pedestrian lifestyle is upended when an encounter with a call girl named Alabama Whitman (Patricia Arquette) results in a tryst, breathless declarations of love, and a wedding the following day.

Despite what the film’s title may suggest, the motif does not remain lovey-dovey for long; Clarence’s decision to attempt murder on Alabama’s ex-pimp sets in motion an unlikely (and increasingly Tarantino-esque) series of events.

It becomes obvious early on in proceedings that this is a film to divide opinion (which is probably the reason it underperformed at the box office, failing to even turn a profit). If a highly improbable narrative and gratuitous violence aren’t your cup of tea, you’re unlikely to have much time for True Romance. That said, it hasn’t since emerged as a beloved cult classic for nothing.

Possibly the most obvious reason for its slow-burning success is its supporting cast, for which the term “star-studded” may not be an adequately emphatic description. Gary Oldman, Samuel L. Jackson, Dennis Hopper, Christopher Walken, James Gandolfini, Val Kilmer and Brad Pitt is as impressive a list of thespians as you’ll see credited on any film. Granted, the sheer number of characters means that there is fierce competition for screen time; most of the aforementioned feature for only a few minutes. This makes it all the more impressive that Tony Scott manages to forge a memorable character from every one of them. Pitt’s almost nonverbal stoner is a hoot, as is Jackson’s reflection on the necessity of cunnilingus. Oldman’s pasty Caucasian pimp Drexl Spivey, seemingly convinced that he is of African descent, is the best of the lot. 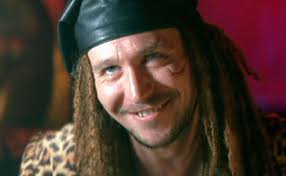 True Romance is a spectacular showcase for absurd storytelling, a sublime look at Quentin Tarantino’s abstract, provocative best. It is difficult to quantify what is so entertaining about extended, meandering sequences exploring impossibly odd situations, but it truly is magnetic cinema. Part of it is undoubtedly the film’s willingness to go where others wouldn’t dare (another specialty of Tarantino’s). The classic scene in which Dennis Hopper’s cop smugly relates the African heritage of the Sicilian people to a roomful of disgusted mobsters (in terms derogatory enough to curl the hair of an easily offended audience) is bold, unrestrained brilliance.

Of course, the quality of the supporting players would be of little consequence without an engaging protagonist. In Clarence Worley, we have exactly that. It is difficult, at the movie’s outset, to know exactly what to make of him. His social isolation and zealous fanboyism are suggestive of a very different type of character; the sort of individual that might be more typically found in their parents’ basement than blithely embarking on a lucrative and highly dangerous journey across America, beautiful companion in tow. Part of the genius of this film is its refusal to allow Clarence be boxed away as an easy stereotype. He’s a comic book nerd who can effortlessly (inadvertently, even) seduce a woman who has no business being seduced. He appears to shun the company of others, yet manipulates them with ease when it proves useful. Initially coming across as unassuming, he is eventually revealed as a hubristic sociopath. It’s refreshingly unpredictable, and immensely entertaining.

Patricia Arquette’s Alabama also has a few surprises up her sleeve. Not satisfied with creating a guileless stereotype (which she initially appears to be), Tarantino and Scott ultimately eschew the “damsel-in-distress” model to produce an impressive, worthwhile female lead. The mercilessly bloody interrogation scene she shares with James Gandolfini’s philosophical henchman reveals her to be spirited, resourceful, and impossibly resolute in the face of difficulty. Meaty female characters like this are somewhat less remarkable in 2018; by now, our society’s preoccupation with gender equality has spilled over visibly into the world of film. In 1993, however, capable ladies like Alabama Whitman were more of a rarity, particularly in the infamously male-dominated action genre.

Is it the case, then, that True Romance was ahead of its time? Considering the increasingly warm feeling towards it over the last quarter of a century in comparison with its poor showing at the box office, it appears fair to say so. There’s certainly no denying that it’s gone on to make its mark on the world of cinema. It has a current score of 92% on Rotten Tomatoes, and was named 83rd best film of all time by Empire magazine in 2017. Judd Apatow claims that Pineapple Express was inspired by Brad Pitt’s stoner character, and Gary Oldman’s Drexl has (justifiably) come to be considered one of cinema’s classic baddies, despite his limited screen time.

The main theme from Hans Zimmer’s soundtrack is a cheerful, jaunting motif that often seems to have no place in this film, and yet works exquisitely. There is an interesting metaphorical parallel to be drawn here with the oddness of the film itself. True Romance forges engaging characters and a worthwhile story from an impossibly whimsical plot, and manages to make us laugh at the most disturbing of situations. It doesn’t really make sense, but thankfully, it doesn’t have to.

What are your thoughts on True Romance? Let us know in the comments below!