Why Movies about Risk Takers Intrigue us

There are many movies out there that focus on the idea that one risk can change your life completely. These movies quite often pique our interest, but is there a fundamental reason why we identify with these characters.

Much in the same way that horror is a bit of a misunderstood genre, thrilling movies seem to resonate with us and studies can’t seem to figure out why. In the last few years, producers like Netflix and HBO have been cranking out thrilling documentaries and movies. Crime dramas are also coming back into vogue, with true crime a standout leader of the pack. 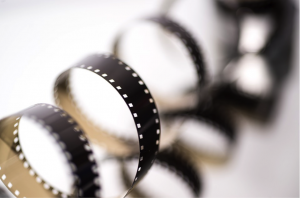 Gambling movies also present a huge allure to the viewing public, as we feel the triumphs and failings of the main characters. From the suave Casino Royale to the heist of Oceans Eleven, we can’t get enough of the opulent casino culture. These gilded movies present gambling as a wonderfully glamorous hobby for the rich and famous.

Even bingo sites can be represented in the mass media, there are scenes from bingo movies in so many cult classics. They often take a bit of a stab at the elderly players but underneath that risk taking prophesy is still fulfilled.

From what scientists can understand about our reactions to films, we identify with the main characters in these situations. They’re facing the thrills and spills of betting, and we’re right there along with them. It’s a distinct part of the human experience and one that comes from our sense of empathy.

When watching these movies, we can track the release of endorphins that occurs when the risk a character takes pays off. This is an interesting reaction that happens in the viewer’s brain. This can be charted by MRI machines, which can chart the areas of the brain that are affected by the stimulus.

Horror movies have a slightly different effect on the brain, though these can also be charted. This has a more impactful effect on the brain, which takes place over a much shorter period of time. It’s a short, sharp lighting up of the brain, compared to a slower burning impact that relies on a story.

On the surface, it’s also nice for viewers to be able to imagine themselves as a winner without taking a risk. This speaks to us on a more psychological level, rather than being purely ingrained in the chemistry of the brain. We can read all sorts of things into what this means for the viewer and their perception of themselves. They may be risk averse in their own life but enjoy watching the hypothetical in a movie.

Of course, it’s beyond the realms of possibility for most to pull off a fantastic casino heist but through a well written narrative they can feel like this is possible. This is reliant on the movie really putting them in the shoes of the main character and driving the plot points home.

It’s an interesting phenomenon that these movies present. We may think that movies don’t have a profound effect on us but studies into film show that this is not the case. It’s astonishing to think that we’re drawn to movies of this nature partially because of the effect that they have on our brain. Try keeping this in mind next time you watch a movie with risky moments.