by Ben Berwick
in Spotlight

For my first post, let me firstly say a big thank you Flickfeast for inviting me into the family! Hopefully I won’t make a fool of myself as I post…

One thing though (or perhaps, one genre) has frequently conspired to make a fool of itself, namely, the oft-dreaded video games-into-movies-conversion! This dreaded field of film has had a few success stories, but more often than not, it has suffered from terrible misfires. One in particular stands out as a true travesty of the game-to-film adaptation – to find out what it is, let me take you back to 1993, when I was a mere boy…

There were a handful of big marque events going on in the film world back in 1993. Jurassic Park was the big film of the summer, the must-see movie, whilst Last Action Hero was much hyped (alas, sadly, it didn’t deliver). There was however, a terrrible, horrible, turgid mess of a movie that not only mangled the source material, but also shredded any hope of further films backed by this particular company. It was a film that (unbeknowest to eleven year-old me) had been plagued by all kinds of problems, including rewrites of the script on the day of shooting, leading to one of its main stars have fits of rage on set. What is this festering excuse for a film? Can I even bring myself to type it out?

Super Mario Bros. There, I said it. Now I feel dirty.

Between the commercial and critical failure of Super Mario Bros and the derision that a short-lived animated Legend of Zelda TV series suffered, Nintendo were scarred for many years, not remotely prepared to risk their big-top content in film or TV in any way shape or form. Pokemon did burst onto the scene as a successful (at least in terms of popularity) show, but Nintendo weren’t going to risk movies that involved their biggest titles – no way. 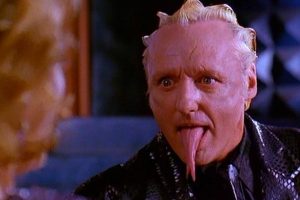 Super Mario Bros had taken the story of the game and altered it beyond recognition, spinning a convoluted mess involving alternate dimensions and… well, looking back, I’m not even sure what the inspiration for a fungus king was. Dennis Hopper’s talents were wasted as King Koopa, Bob Hoskins looked bored as Mario and the film’s only saving grace was to launch the career of John Leguizamo (Sid of Ice Age fame). Even then, it might be argued his career has been a reasonable success in spite of Super Mario Bros, rather than because of it.

Is the problem with Super Mario Bros (and other game to film translations) one of the source material being difficult to convert? Or is it the filmmakers being lazy or too afraid to keep to the source material? With some films (the Jolie Tomb Raider movies for example), reasonably entertaining movies were made that nonetheless lurched away from the original ideas to a certain degree – Lara Croft became more of an action hero than she was in the games, whilst puzzle-solving took a back step.

Meanwhile, the recent Hitman movie also moved away from the game’s approach, sacrificing the stealth and sneak elements for an action approach – and failed miserably. Why could one film do this and get away with it, with the other not? Perhaps the answer lies in an assumption about the audience – studios want to market their products to as wide an audience as possible, sometimes without considering the failure to appeal to the most likely fans. With the first two Tomb Raiders they could get away with it, as the adventure and action elements were present in both. 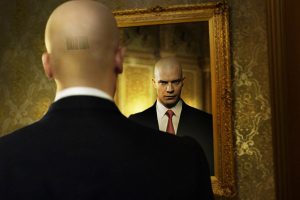 With Hitman, ditching the fundamentals of the game (not to mention completely failing to understand how a hitman actually works) led to a massive failure. The assumption that taking what made the games work and succeed and completely changing it would somehow appeal to the most important likely fan base was a move based entirely upon a refusal to respect the games and a desire to focus only on money. The same problem ruined any chance Super Mario Bros had as well.

Ironically, films that are about gaming in a general sense have done very well. Ready Player One and Wreck it Ralph aren’t tied to any specific genre and can both honour and poke fun at gaming tropes. It almost seems a better idea to not focus on any specific title (unless the studio is prepared to adhere to its lore and style) but instead cast a wide net. Meanwhile, 25 years on, Nintendo are finally getting their feet wet again, with a new Super Mario Bros film in the works, this time an animated tale, in collaboration with Illumination, who were behind the Despicable Me films. That might actually give it a chance of working. Let’s hope!

Which video game movie adaptations do you feel worked and which fell flat? Let us know in the comments below.