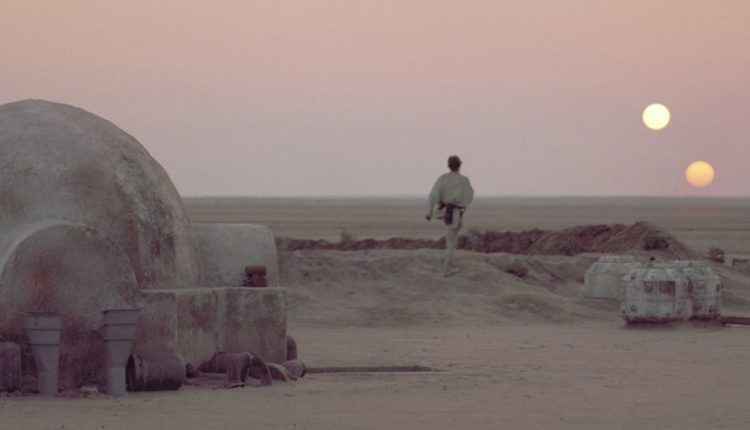 Where In The World Was Star Wars Filmed?

The Star Wars franchise has become one of the biggest film franchises of all time. Even if you’re not the world’s biggest fan, it can be guaranteed that you’ll reel off a ton of things about the films with ease. Whether it’s the all-famous lightsaber, the ‘dark side’ or the loveable Yoda, you won’t have any trouble. For us, one of the things we really love about Star Wars are the unforgettable landscapes that grace our screens. From Tatooine to Endor, Naboo to the Wookiee planet of Kashyyyk, you have to wonder how they created such wonderful worlds.

So whereabouts were these scenes filmed? Ladbrokes have put together a quiz that may answer some of your questions but we did a little bit of investigating and are here to share our top four with you…

Tunisia
Tatooine, the birthplace of Luke Skywalker, is actually Tunisia. He lived with his aunt and uncle in one of many ‘troglodyte’ dwellings in the Berber-speaking town of Matmata, which appeared in Episode IV: A New Hope. It really does have another-wordly feel to it, which is why the country was used for many other scenes that followed in its wake. Lots of Star Wars fans frequent this location. In fact, the Hotel Sidi Driss – where interior scenes were shot – still accepts paying guests to this day.

Norway
The ice planet ‘Hoth’ which appears in Episode V: The Empire Strikes Back, is actually the Hardangerjøkulen glacier which is near Finse in Norway. There are no roads to this location, so naturally some stunning scenes could be shot here. That’s another reason why it was such a good choice – it’s unpopulated, so just the landscape shone in all its glory.

Lake Como
Lake Como is a lake of glacial origin in Lombardy, Italy, and it’s absolutely beautiful. Three locations were filmed for Episode II: Attack of the Clones: Villa del Balbianello, Tremezzo public garden and Picnic meadow, though the public garden was cut in the final edit. The scenes feature Anakin Skywalker and Padmé Amidala at Varykino on Naboo. The filming took place in September 2000 and lasted for four days.

Ireland
It was revealed last year that part of the brand-new film, Episode VII: The Force Awakens, was to be filmed on the Skelligs in County Kerry, Ireland. It was reported that a 6th century monastic settlement was allowed to be used for filming, which has us very intrigued indeed. We can’t wait to look out for it when the new film is released in a mere few weeks.

This is just a snapshot of the places used to make a spectacular series of films, and that’s with many more to come we hope. Would you be tempted to visit a Star Wars location? How cool would it be to say you’ve been to Tatooine?