I’m half-French and proud of it. But having never lived on its shores, how do I soak up the culture that runs through my blood? And I’m talking about a culture which extends beyond brie & baguettes, the Eiffel Tower, and (according to my mean friends) losing wars. Well, being a huge cinema fanatic, I started thinking about how French actresses seem to have a special place in the heart of Hollywood: they just know how to combine the perfect balance of ethereal beauty, Gallic charm, and brave, challenging performances to enchant audiences all across the world. From the bombshell good looks of Brigitte Bardot, to the thespian talents of Julie Delpy and Juliette Binoche, to the way everyone was obsessed with Audrey Tatou when Amelie came out. So I thought I’d take a look at the latest crop of French actresses taking Hollywood by storm. Raise your glass of wine for liberté, égalité, fraternité: these women are making their country proud. 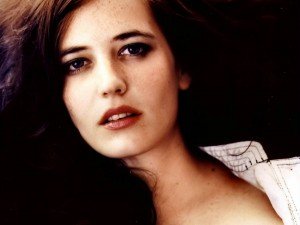 I have so many dreams where Eva Green and I are BFFs and we run around wearing velvet and laughing hysterically. She’s been a captivating screen presence ever since her debut in Bernardo Bertolucci’s The Dreamers, a role which first demonstrated her absolute fearlessness as an actress, with the film instantly gained notoriety for its full frontal nude scenes. It was this role which got her noticed by a certain Ridley Scott, who went on to cast her in Kingdom of Heaven (you know, that Orlando Bloom movie about the Crusades). From there she was allowed to graduate to that high honour of being a Bond girl. Here’s a reason to really love Eva: she initially wanted no part of the franchise (considering the last Bond movie made was Die Another Day, no wonder), but changed her mind when she read the script and realised her character was far more complex than your average bikini-clad Bond girl. Eva knows what’s up and Vesper Lynd remains my favourite Bond girl of the whole franchise. Since then she’s had a whole bunch of Hollywood roles including The Golden Compass and Dark Shadows, and you’ll next get to see her in a double run of sequels: relishing her parts as the villain in 300: Rise of an Empire and the titular Dame in Sin City sequel A Dame to Kill For. Long live Eva! 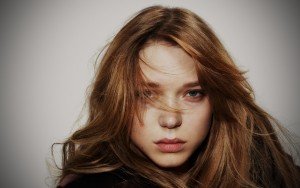 Léa Seydoux also seems to have caught the eye of Ridley Scott and was cast in his take on Robin Hood as French princess Isabella of Angoulême. Having already starred in Inglorious Basterds, Léa continued her successful career with roles in Midnight in Paris and Mission: Impossible- Ghost Protocol. She most recently featured in Blue is the Warmest Color, the story of a 15 year-old girl’s romance with a blue-haired art student, which won her a Palme d’Or alongside its director Abdellatif Kechiche and co-star Adele Exachopoulos. On top of that, she’s also the face of Prada’s Candy fragrance, so you might have recognised her from those delightful ads where she gets to run around with two handsome French boys. 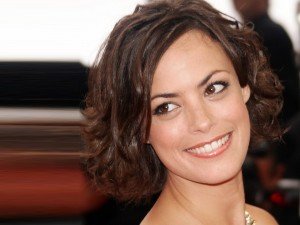 You’re likely to know Bérénice from 2011’s Oscar-winning picture The Artist, although a couple of you might recognise her from her film debut as Jocelyn’s lady-in-waiting from A Knight’s Tale. And by a couple I mean everyone because we’ve all obsessively watched that movie a hundred times, right? Right? She happens to be married to The Artist‘s director Michel Hazanavicius and has previously collaborated with him and Jean Dujardin on hilarious French spy parody OSS 117: Cairo, Nest of Spies. And don’t think Bérénice got her part on The Artist as some kind of wife-y favouritism, because she was awesome in that movie and has a BAFTA to prove it. Since then, she’s dubbed Merida in the French release of Brave and won a Cannes award for Best Actress for drama The Past. 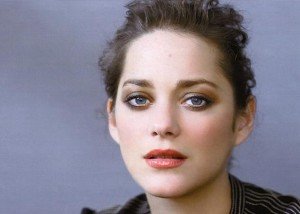 The current reigning queen of French actresses, Marion has Hollywood fit snugly in the palm of her hand. She pretty much catapulted to international fame thanks to her incredible portrayal of Edith Piaf in La Vie en Rose, even though distributors at the time reduced the amount of finacing because they didn’t think the actress was bankable enough. Well, Marion had the last laugh, winning a BAFTA, a Golden Globe, A César (basically the French Oscars), and an Academy Award. She also had one of the cutest acceptance speeches ever; I can’t listen to her say “it is true, there is some angels in this city” without bursting into tears over how adorable she is. Since then, she pretty much hasn’t stopped: starring in Public Enemies with Johnny Depp, being by-far the best part of the musical Nine, playing the fictionalised mistress of Pablo Picasso in Midnight in Paris, and setting the screen alight in Chrisopher Nolan’s Inception and The Dark Knight Rises. She’s also recently received a lot of praise for last year’s Rust and Bone, where she played a whale trainer who suffers a horrific accident. Basically, she’s been pretty busy. Marion’s career shows no signs of slowing, with her upcoming movies including a role in The Immigrant alongside Joaquin Phoenix. 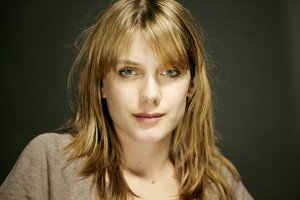 Anyone who’s the daughter of the man who dubs Ned Flander on The Simpsons for France is destined for international fame. She’s found praise and adoration playing resistance fighter Shoshanne Dreyfus in Tarantino’s Inglorious Basterds and igniting a sweet romance with Ewan MacGregor in the witty comedy-drama Beginners. If that wasn’t enough she’s also both a director and writer, with her short De moins en moins (where a patient’s memory fades when in session with her psychiatrist) winning the Best Short Film award at Cannes. Good going, Mélanie. 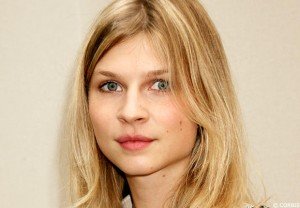 Yes, her from Harry Potter. While she’s had a pretty successful career so far portraying historical figures (including Mary Queen of Scots and Joan of Arc) and playing girlfriend to James Franco in 127 Hours and Chuck Bass on Gossip Girl, you probably know her for her role as Fleur Delacour in The Goblet of Fire and The Deathly Hallows (parts 1 and 2). 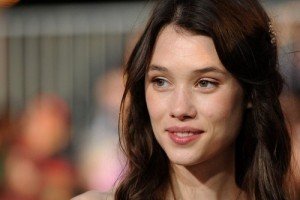 If mermaids were real, you’d know they’d look exactly like Astrid Bergès-Frisbey. Just look at her face: her elf-like pout and cheekbones you could cut your hand on. It’s no surprise then that director Rob Marshall hand picked her to play the mermaid Syrena in Pirates of the Caribbean: On Stranger Tides, having gone though a rigorous audition process to get the part. I’d love to see the audition tapes of the girls who didn’t get through the first round because they turned up with seashell bras trying to rake forks through their hair. Being a mermaid wasn’t easy work for Astrid, who had to learn English specfically for the role and was limited to how much time she could go outside to keep her skin pale and ghostly. 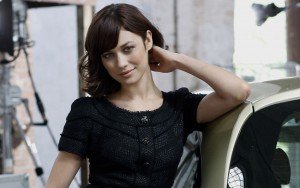 Although Ukrainian-born, Olga was discovered as a model at age 14 and by age 16 had moved to Paris to pursue her career, so she’s had plenty of time to soak every last little bit of Frenchness the city has to offer. While she’s appeared in both Vogue and Elle, Olga’s acting career kicked off when she appeared in Seal’s music video for ‘Love Divine’. Since then she’s developed a habit of cropping up in action movies: from Roman-epic Centurion to video-game adaptations Hitman and Max Payne. She also, most famously, kept the French flag flying when she succeeded Eva Green to become a Bond Girl in Quantum of Solace. Olga’s Hollywood career since then has continued to thrive, with roles in Terrence Malick’s To the Wonder and Oblivion, alongside Tom Cruise. 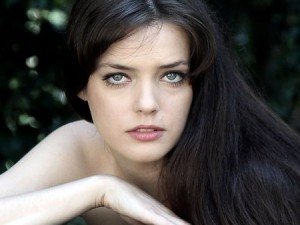 Equal parts French, Spanish, Italian, and American, Roxane first started getting recognition when she teamed up with the filmmaker Catherine Breillat. Breillat is a fascinating yet controversial figure in feminist filmmaking, whose complex yet unashamedly explicit depiction of female sexuality has often been the victim of censorship. Roxane later made the move to the US and got involved with some of the coolest indie filmmakers working today, incuding Gregg Araki in Kaboom and Quentin Dupieux in Rubber, a movie about a tire that kills people. Yeah, you heard that right, a tire that kills people. You might recognise this super cool chick though from her stint on Gossip Girl as Beatrice, the conniving sister of (love of my life) Prince Louis Grimaldi. Roxane’s next project on the horizon is Kiss of the Damned, a très sexy new vampire movie starring Milo Ventimiglia. 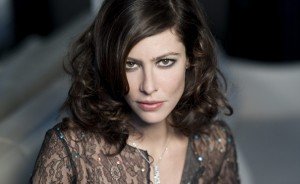 I’m sorry Audrey Tatou in Coco Before Chanel. And I’m sorry Keira Knightley in Once Upon a Time (aka Karl Lagerfeld’s new short film- https://www.youtube.com/watch?v=0o9dTCl0hkY). But there’s only one onscreen Coco Chanel and her name is Anna Mouglalis. Anna played the fashion icon in Coco Chanel & Igor Stravinsky, which dramatised an affair which ended up having a profound impact on the artistic career of, well, Coco Chanel and Igor Stravinsky. Anna featured alongside Mads Mikkelsen as the revolutionary composer, and my god, it was like she was possessed by the ghost of Gabrielle Chanel. I mean, just take a look at Anna. She’s got the kind of severe yet mesmerising beauty that makes me fear her piercing eyes can see straight into my soul and know all my secrets (specifically the two times I’ve accidentally shoplifted). She just oozes an air of the same fearless independence which drove Chanel to change the face of fashion forever. No wonder she was chosen as the face of perfume Amateur Allure de Chanel. You’ll next get to see Anna turn her piercing eyes to the Kiss of the Damned, starring alongside Roxane Mesquida.

by Kevin Matthews
No Result
View All Result