10 Influential Horror Films from the 1980s

The 1980s brought with it many things, but during the Halloween season we choose to remember the slew of horror films, both good and bad, that came to the big screen and into our lives. Growing up in the 80s was both great and terrifying; these repressed fears and frustrations came out in the form of gory and bizarre horror films that spanned the spectrum of the genre. After reading through this chronological list of 1980s horror films that influenced cinema and pop culture it’s little wonder that my generation is off kilter. 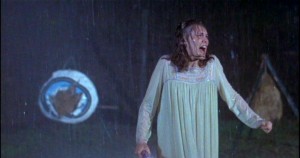 Although it was inspired by John Carpenter’s 1978 slasher film, Halloween, Friday the 13th took things a step further and made a gruesome full-on slasher film that turned off critics and turned on audiences. It went on to become one of the most successful slasher films in history. The success of Friday the 13th and Halloween has led to a long line of imitators. With 12 films so far in the cannon Friday the 13th remains one of the longest running horror franchises. Even Jason’s hockey mask (which didn’t come onto the scene until Friday the 13th Part III in 1982) has become an easily recognizable symbol in pop culture. 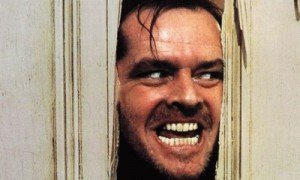 The fact that more people know that phrase from Jack Nicholson’s brilliant performance as Jack Torrance in The Shining than from it’s origin on The Tonight Show starring Johnny Carson is a testament to the influence The Shining has had on pop culture and film in general. Stephen King’s displeasure with director Stanley Kubrick’s vision of his novel is well documented, but there’s no denying that, on its own, Kubrick’s film is brilliant and holds up as a horror classic. An in depth analysis of the film reveals the hand of master director at work. It’s been said that Jack Nicholson knows exactly what to do with a prop, and this has never been truer than when he’s wielding an axe in The Shining. 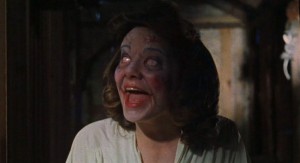 Sam Raimi’s experimental shooting and directing style in The Evil Dead has been copied and referenced in many films since. One of his more memorable technical contributions is the demon POV camera technique which is basically two guys running with a camera mounted on a 2×4. The Evil Dead’s real claim to fame, however, is its invasion into pop culture with a slew of catchphrases, most of which are uttered by the unlikely hero, Ash. Bruce Campbell would go on the reprise his role as Ash in two Evil Dead sequels, Evil Dead II (1987) and Army of Darkness (1992), which have rooted themselves even deeper into pop culture.

An American Werewolf in London (1981) 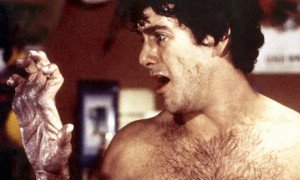 An American Werewolf in London is significant for several reasons, not only is it a great example of combining horror and comedy, but Rick Baker’s creature makeup and special effects set the bar so high that it necessitated the creation of a new category at the Oscars; Outstanding Achievement in Makeup. However, the films’ influence reaches beyond makeup and effects. Seeing An American Werewolf in London convinced Michael Jackson that he needed John Landis to direct his classic video, Thriller; and we can also thank An American Werewolf in London for bringing us one of my favorite directors, Edgar Wright. In Robert K. Elder’s book, The Film That Changed My Life: 30 Directors on Their Epiphanies in the Dark, Wright reveals that this film is why he became a director. 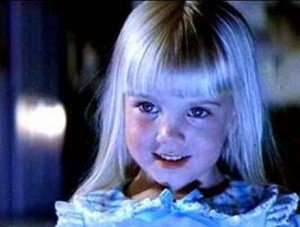 The ultimate ghost movie, many believe Poltergeist is cursed, and while there’s a list of untimely deaths to back up that idea, the film also managed to make kids creepy and forever change the way we say “They’re here.” Poltergeist has also made a dent in the pop culture landscape, as is evident from parodies and tributes in The Simpsons, South Park, Family Guy, and even American Dad! 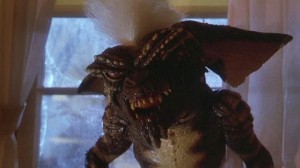 A few “small monsters” films were in production the same time as
Gremlins, but Gremlins is the one that everyone remembers and it’s also responsible for dozens of lesser imitators. Gremlins was an instant classic and its oh-so merchandisable characters gave it a lasting impression on pop culture (I bet you can still remember the three rules of the Mogwai). One of Gremlins’ claims to fame is that it can also double as a Christmas film as it is set during the holiday season. Imagine the response if you tried showing it at your next family Christmas. 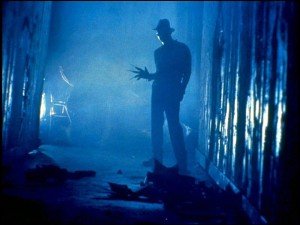 Freddy Krueger is one of the most recognizable figures in pop culture. While I’ll be forever grateful to the film, and director Wes Craven, for introducing the world to Johnny Depp, A Nightmare on Elm Street also maintains a tight grasp on horror fans (many of which were afraid to fall asleep after spending two hours in the dark watching Freddy) and although A Nightmare on Elm Street contains many horror film clichés, it managed to create just as many imitators as it had imitated itself. With nine films so far in the franchise, it’s not far behind Friday the 13th as one of the longest running and most successful horror franchises of all time. 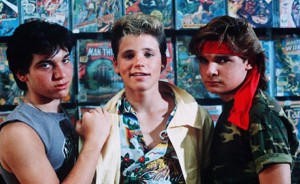 Possibly the most influential vampire films since Dracula (1931), The Lost Boys brought to pop culture several aspects of vampire lore that were little seen in previous films. These vampires mingled among modern day humans and were hip teens. The next time you watch The Lost Boys notice how much of it has been borrowed in vampire films and television series since. In addition to bringing Keifer Sutherland, who was virtually unknown at the time, to the attention of audiences, The Lost Boys was also one of the Corey’s (Corey Feldman & Corey Haim) most popular screen appearances. Lastly, the film also boasts one of the greatest theme songs of the 1980s, Cry Little Sister by Gerard McMahon. 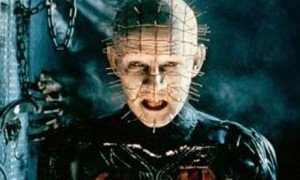 Hellraiser was most filmgoer’s introduction to the work of horror writer, Clive Barker. The unique soul-torturing villainous Cenobites intrigued moviegoers with their mix of a gothic-alien appearance and disturbing levels of torturous violence that also paved the way for future big-budget films in the torture-porn sub-genre. 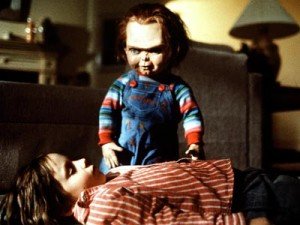 Chucky wasn’t the first killer doll to hit the big screen, but he’s certainly the most memorable. This knife wielding half-pint scared the hell out of kids everywhere. Some people believe Chucky was inspired by the My Buddy doll, which was poplar at the time, but Hasbro’s That Kid doll from the 1960s may have had a bigger hand in Chucky’s creation. Either way, Chucky forever changed the market for My Buddy dolls and cemented dolls as creepy in the minds of a generation. 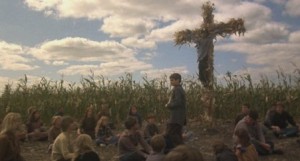 While most horror films prey on universal fears, Children of the Corn, based on one of Stephen King’s novels, sought out very specific fear in a very specific location. Growing up in the American Midwest, I can assure you that every kid who lived near a cornfield was afraid to leave there house at night. Part of what made Children of the Corn so effective was that the kids weren’t from another planet, or even possessed, they were simply a religious cult that could not be reasoned with.