It’s been a busy, busy year for a lot of us here at Flickfeast, both offscreen and on. I myself am so busy, at the time of writing this, that I just don’t have the time this year for my full look back at the cinematic year just gone. I do, however, have time for a selection of highlights from the many movies that I’ve seen this year. Consider it a really good mixtape, and then feel free to agree, disagree and list your own favourite moments below.

Without further ado, here are my picks for the best movie moments from 2013. 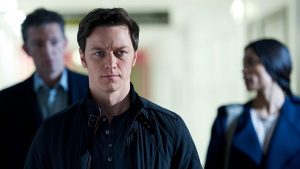 Everything becomes clear, or clearer than it WAS, in Trance. It may not be as deserving of the other sequences in this list, in cinematic/technical terms, but it’s so enjoyable and satisfying that I’m putting it right here, to kick things off. 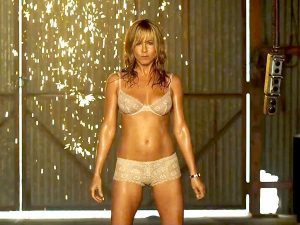 Go on. Call me a pig, if you must. Call me shallow and pathetic, but THAT moment featuring Jennifer Aniston proving her credentials in We’re The Millers is one that I know I will be looking forward to revisiting when the movie is released on Bluray.

#8 This Is Martin Bonner 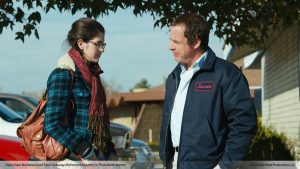 My number one scene of the year is a dinner scene, but there’s room here for another, very different, dinner scene from This Is Martin Bonner. The film is great, but the scene with Martin (Paul Eenhorn) helping Travis (Richmond Arquette) reconnect with his daughter in a diner is, arguably, the highlight. 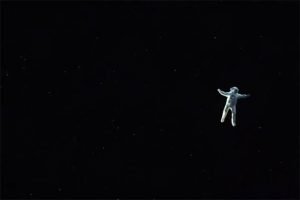 Gravity was a nail-biting technical marvel, but it doesn’t take long to provide a scene that ranks as the most terrifying moment in the whole movie. Sandra Bullock is in space, feeling very alone and disorientated, and viewers start to feel a rising sense of dread mixed with some confusion, knowing that they still have another hour and a bit to endure. 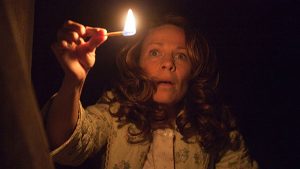 I may not have loved The Conjuring as much as most people, but THAT scene featuring the clapping game (a scene used, unfortunately, in the trailer) was one of a few perfect scares scattered throughout this superior horror.

This is another little film that EVERYONE should seek out ASAP. And the scene that sees a cat accidentally pushed off the mortal coil is a great piece of black comedy in a film that pitches the tone perfectly from start to finish. 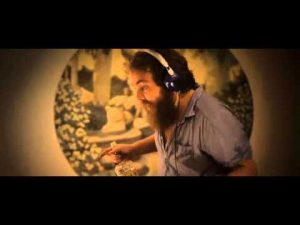 The release year for The Battery is given as 2012 on IMDb, but 2013 was the year that this little movie became a huge favourite among horror fans. And one scene in particular, a moment that simply lets writer-director-star Jeremy Gardner cut loose to the fantastic Anthem For The Already Defeated (by Rock Plaza Central), deserves to be celebrated. 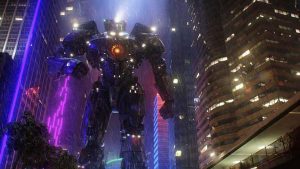 Two words for you. Tokyo battle. 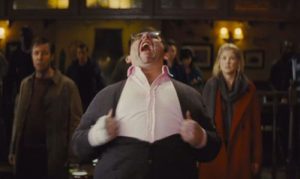 “I fucking hate this town,” screams Nick Frost, tearing at his top. And then 20 Seconds To Comply, by Silver Bullet, blasts onto the soundtrack, followed immediately by the best fight sequence that you’ll have seen in a “non-action” movie this year, courtesy of The World’s End. 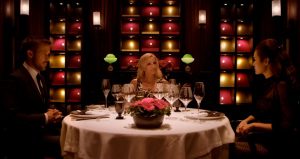 Only God Forgives will be making a lot of lists at this time of year. Many think of it as one of the best films of the year (and I would agree), while just as many think of it as one of the worst. Well, as soon as I left the cinema I knew that I’d just seen a strong contender for the scene of the year when I couldn’t stop thinking about THAT dinner date involving Kristin Scott Thomas, Ryan Gosling and Yayaying Rhatha Phongam.

Like this selection? Hate it? Have your say below, and make your case for any scenes I have unfairly neglected to mention.