Horror is one of the most exciting genres in cinema. Very flexible and adaptive, it can be complex, simple, make use of established myths and even invent new ones. It can follow the public and private lives of killers, get inside their twisted minds, or get in the shoes of their victims. It takes little resources to produce a feeling of horror – most horror is atmosphere, and a person locked inside a room can become frightening experience in the right hands – but only a creative mind can produce a truly terrifying experience that doesn’t rely on gore and sensationalist details.

In my list of ten great horror movies I decided to step away from the usual suspects we all love, like The Exorcist, The Silence of the Lambs, The Shining, and Rosemary’s Baby for instance. And since I don’t know enough about Asian horror cinema, I’d like to share my favourite horror movies from Europe. Some are classics, some are famous, and some are unknown gems waiting to be discovered. I think they’re all pretty good and entertaining. 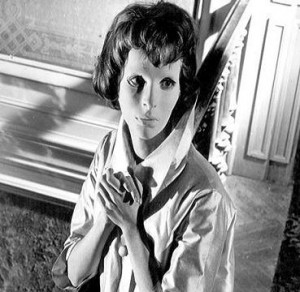 This French horror movie follows a plastic surgeon who kidnaps young women to remove their faces. His goal is to restore his daughter’s beauty; she lost her face in an accident caused by him. The story is frankly silly, but the sinister atmosphere, full of shadows, redeems it. Franju had a great eye for scene composition and brings a lot of visual poetry into the scenes. This horror movie is, if it’s not a contradiction to say it, beautiful to look at. A neat trivia: the mask actress Edith Scob, the disfigured daughter, uses influenced John Carpenter’s Halloween. 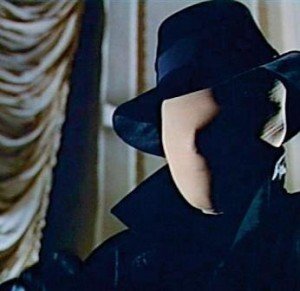 A faceless killer dressed in a trench-coat and fedora hat is going after fashion models in order to protect a secret that could ruin him. No list of European horror movies is complete without this Italian movie. Not only an entertaining and suspenseful mixture of horror and police procedure, Bava’s movie inaugurated the Italian genre known as giallo. This movie already contains most of the genre’s tropes: beautiful women as victims; highly stylized set decoration; vivid colors; fluid camera work; and a stylish killer. We might never have had Dario Argento, Lucio Fulci and others without it. 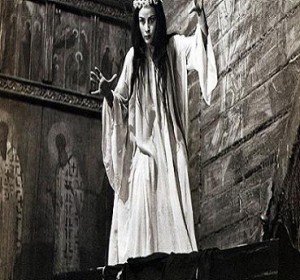 Based on a short-story by Nikolai Gogol, this Russian movie begins with cowardly, blasphemous Khoma, a young seminarist, going on vacation. On his journey he meets a witch who magically lifts him in the air. Back on the ground she transforms into a beautiful woman and the protagonist runs away. The woman is in fact a rich lord’s daughter and before dying she asks that Khoma give her the last rites. So Khoma spends three nights with her body in a church, praying for her soul, while she returns to life and attempts to kill him. Viy mixes humor, fantasy and horror in a very pleasant way, and even if the frights are scarce, the atmosphere and the old school special effects make up for it. The third night will stay in the viewers’ memories, when the witch calls forth dozens of eerily-designed demons to help her destroy Khoma’s soul. 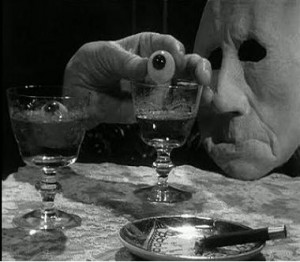 I love Ingmar Bergman when he plays with dreams, fantasy and horror. The Hour of the Wolf was Bergman’s only attempt at making a horror movie, and even though the director was dissatisfied with it, it remains one of my favourites by the Swedish master. Max Von Sydow plays an artist who isolates himself in an island to work on his paintings and slowly grows crazy after meeting some of the island’s sinister residents. A precursor to The Shining, this tale of madness, artistic frustration and loneliness is narrated by the artist’s wife (played by Liv Ullmann) and displays Bergman’s ability to penetrate the darkest corners of the human mind with unflinching realism.

5 The Bird with the Crystal Plumage, Dario Argento (1970) 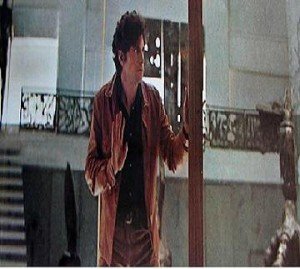 The first giallo by the legendary Dario Argento and arguably one of his best movies too. An American tourist witnesses an attempted murder, gets entangled in the police investigation and becomes a serial killer’s next target. The premise of the innocent bystander who unwillingly gets involved in an investigation is a formula that Argento has used with excellent results in many movies. Besides being an exciting story in itself, the movie also benefits from Ennio Morricone’s jazzy, eerie score and Vittorio Storaro’s unique cinematography. 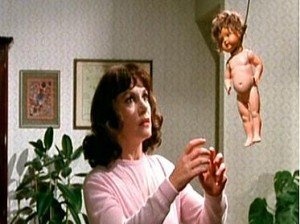 Another Argento, another tourist in Italy unwillingly involved in a murder investigation. For this movie we have the privilege of watching David Hemmings in action; he may not have been the best actor in the world, but he was one of the coolest. There’s something in his voice, in his movements, in the way he just stands in a scene that forces the eyes to look at him. And his scenes with Daria Nicolodi are much appreciated moments of comic relief in this grim movie. Argento reaches his zenith here: it is his final statement on the art of horror and puzzle-solving. Few horror movies are this cerebral and fascinated with the act of finding and interpreting clues. Argento achieves here a pacing that allows him to slowly reveal clues in a way that satisfies curiosity in small doses while creating high expectations for the climax. It doesn’t disappoint. 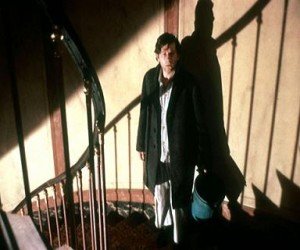 A descent into madness. A typical Roman Polanski some would say. The truth is, few filmmakers know how to depict madness and paranoia like Polanski. A slow burner, like most movies on this list, but well worth the experience. Polanski plays a young man who moves into an apartment where a woman recently committed suicide. What happens next is still debated by film buffs 34 years later: does the protagonist have an impressionable mind that plays tricks on him? Or are the other tenants monsters conspiring to drive him insane and push him to suicide? Watch it and join the debate. 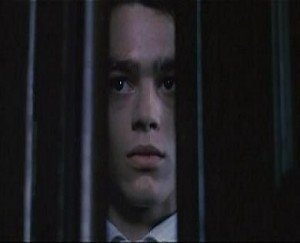 Easily the darkest movie on this list. To name just a few of the horrors you’ll find here, we have torture, sadism, child abuse and child murder. This Spanish movie depicts the life of a former Nazi child abuser who gets placed in an iron lung after an accident. He becomes dependant on a young man who discovers his diaries of perversions and shares his love for torture. To say more would spoil the final twist of the movie, but I’ll just add that for all the movie’s graphic violence, there’s an interesting message about how violence generates more violence in a never-ending cycle. 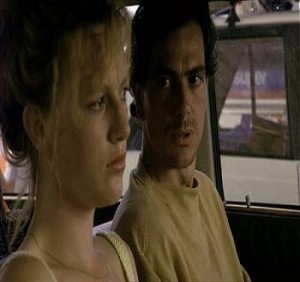 A happy couple driving from Holland to France stops at a gas station. Saskia goes for a coffee; Rex waits for her in the car. She doesn’t come back. He gets worried. He goes looking for her. She’s nowhere to be found: she’s vanished. Three years later the kidnapper visits him offering to tell him what happened to her. Rex accepts. Sluizer keeps this simple story tense thanks to his ability to make us care about the couple immediately and also because of the story’s constant shift between the protagonist and the killer. It is as much a story about Rex’s loss and the ultimate sacrifice he makes to know the truth, as it is about the mental development of a seemingly normal into a cold-blooded perfectionist killer. Very dark without ever becoming nihilistic, The Vanishing will certainly stay in the minds of those who watch it forever. 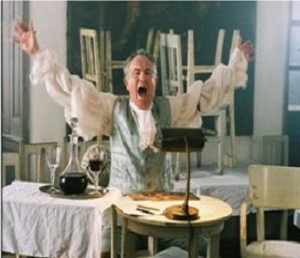 Czech filmmaker Jan Svankmajer’s latest movie is a far cry from his typical mix of stop-motion animation and live action, but it’s nevertheless a remarkable achievement by this master of surrealism. A young man haunted by nightmares where he’s put in a straight-jacket joins an anachronistically-dressed Count travelling, in a horse-cart, to a mental asylum for treatment. There he finds that madness has taken over the asylum and that the madmen are running the premises while the doctors have become the inmates. But is all this freedom such a bad thing? Based on a short-story by Edgar Allen Poe and the works of the Marquis de Sade, this inventive horror movie pits two essential human ideas against each other: freedom versus punishment; which one is the best method to deal with people? Svankmajer makes his choice clear when the doctors restore order and get revenge applying a series of progressively more gruesome methods on the inmates to cure them of their insanity.