Welcome to my Top 10 Christmas films! If you know me at all, you’ll know I’m utterly obsessed with Christmas (I get excited after my birthday, which is in October) and Christmas films. After much deliberation with Twitter and a few arguments with myself, I present my ten favourite Christmas films, the majority of which I watch every year without fail. 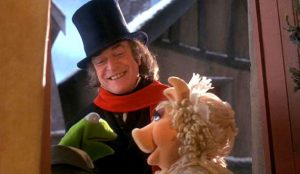 The story of A Christmas Carol is wonderful, and one children grow up knowing off by heart (or at least, I did). I remember an exasperated teacher shoving a video into the classroom telly and pressing play. That was that. Not only is this A Christmas Carol but it has MUPPETS. What’s not to love? With Michael Caine being shown the error of his ways, and the everlasting image of Kermit asking for Christmas Day off work, this is a classic that cannot be touched, even by Disney and Jim Carey.

This adaptation of the children’s book is lovely, once you get used to the slightly odd animation style. But Tom Hanks in a Christmas film voicing Santa, well, Tom Hanks in a Christmas film full stop, is amazing. In this day and age the adapted story is fairly relevant to children growing up surrounded by Google Maps tracking Santa and a general belief he doesn’t exist. A doubting boy is taken on the journey of a lifetime to see Santa and his elves and find out what he truly believes. It’s a charming story based on a wonderful book, and despite only discovering it last year, it’ll become one of my regular Christmas watches. 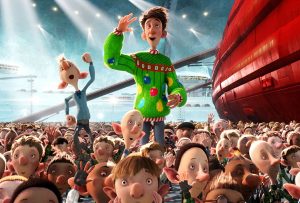 Another brilliant animated Christmas film, this one with Jim Broadbent voicing Santa, Hugh Laurie voicing his controlling son, Steve, and James McAvoy voicing his mildly hopeless son, Arthur. It’s a great tale of unwavering belief as Arthur goes to the ends of the earth to deliver the perfect Christmas to a child who has been missed in the delivery. It’s also one of the only decent animations Sony Animation has delivered, plus, it’s an animated Christmas film so, yay! Another point is, in my view the oldest Christmas films are the best. New ones just aren’t that great, perhaps because I’ve never seen them through a child’s eyes, but they don’t come anywhere close to being as wonderful as the films of Christmasses past. Except for Arthur Christmas. It’s just wonderful. 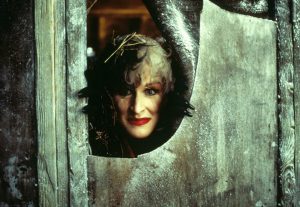 Not strictly a Christmas film but I only ever watch it in December so it definitely counts. Plus, it has puppies running through English countryside in the snow. Puppies in the snow! And Hugh Laurie being brilliant. As a child, when this was first released, I was ridiculously entertained by Jasper and Horace, two bumbling idiots at the mercy of Cruella’s fur based evil. Adapted by John Hughes, the Dodie Smith novel is a favourite of children and with the added brilliance of Glenn Close and the fact the dogs don’t have human voices make this film an absolute gem. Also, puppies in the snow. 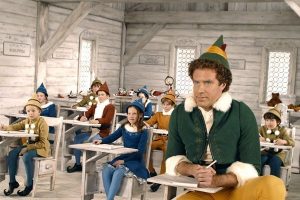 Oh yes. Who doesn’t love Buddy! This is one of the silliest films I’ve ever sat through but Will Ferrell’s ridiculous joy is infectious and if the Santa Claus Is Coming To Town scene doesn’t raise your spirits then you have no soul. The same applies if you don’t sing along. Oh also, Peter Dinklage as an irritable children’s author? Yes. This is the only pretty stupid Christmas film I like, and I’ve tried others (Home Alone and Scrooged) but they just annoyed me. For some reason, Elf appeals to me. It’s probably the fact I’m so childish about Christmas, but I can’t wait to watch this this weekend with my mum. It’s just so wonderful! 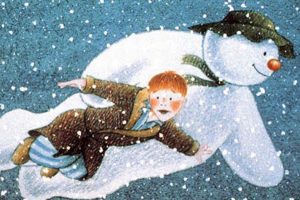 These two lovely short films have no speech and are constantly soundtracked by utterly gorgeous music. For me, The Snowman is a film I’ve grown up with and have loved to the point of trying to recreate the Snowman every time it snows (without much success). With last year’s addition of The Snowdog I forced my family to watch it and whilst they weren’t impressed, I was blown away. The music, animation and story all come together to make a magical addition to Raymond Briggs’ beloved character, not to mention the dog is adorable. The animation is beautiful on both films and there’s a magical quality to them (especially The Snowman) that never has, and never will fade. 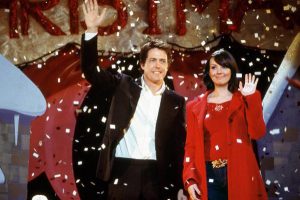 “God only knows what I’d be without youuuu…” How can you not love Love Actually? It’s brilliantly British, features Hugh Grant in his second best role and includes Colin Frissell! On top of that, Emma Thompson and Alan Rickman are married and Kiera Knightley is just about bearable. This is an utterly lovely film that ends in one of the best ways a film can end, has an unforgettable chase through Heathrow Airport and involves Colin Firth trying to speak Polish. This has been a staple in my family’s Christmas viewing programme since it first came out and will continue to be for a long, long time. Who can resist a film that begins with Bill Nighy swearing his way through a Christmas song? 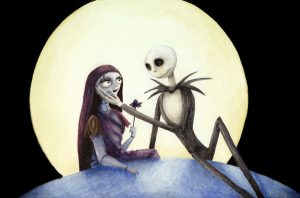 When I was nine years old, I think, this had a rerelease in the cinema and my dad decided to take me along. My mum wasn’t best pleased with the idea of me watching a pumpkin headed skeleton ruin Christmas with the help of his bizarre and alarming friends, but it was allowed. So I went, and so began a love affair with this film that will never end. Nightmare is one of my all time favourite films and one which I impose on my family twice a year. With its wonderful visuals, songs and storyline, it’s a firm favourite and I will never tire of seeing that kid pull a head out of a box. I also love how, with the exception of Sandy Claws, a human adult is never seen in full and the line “There’s children throwing snowballs instead of throwing heads” is one for the history books. Bravo, Selick and Burton! 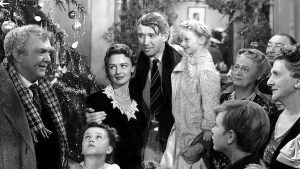 I’ve only seen this glorious film once, a few years ago when my mum took me to the Chelsea Cinema to see it, but I fell in love. Despite not considering myself a religious person, my two favourite Christmas films both revolve around the idea of belief, or at least deal with it in some way. And so there we were, watching God being depicted as a cloud that lights up with his voice and a man struggling so much with his life he winds up wishing he didn’t exist. At the time, the film really chimed with me, but watching George Bailey being shown the lives his loved ones would be living if he didn’t exist, and then being brought back into the world, is just lovely. There’s nothing about this film that isn’t wonderful (pun sort of intended) and if you haven’t seen it already, I suggest you stop whatever you’re doing and watch it. 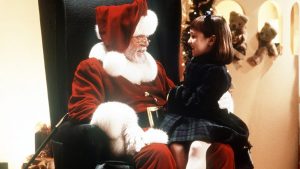 I was asked recently which Attenborough brother I prefer, and my answer was Richard. Much as David is amazing, I have grown up watching Richard Attenborough play the best Santa ever committed to film. I don’t remember the first time I saw Miracle, but I do remember the last twenty or so years of my life have involved watching it every Christmas, without fail. Even just the cover of the DVD emits so much joy it becomes hard to function (I fear the rest of this paragraph will be incoherent, such is my love for Miracle). There are so many wonderful scenes that I don’t know where to start. When Kris Kringle first dons his own Santa suit and steps onto the shop-floor of Cole’s, his smile radiates from the screen. When the verdict on his case is given, and the reason for that verdict is revealed, and the whole of New York City erupts into cheers it emits so much joy my only reaction is to sob through the smile plastered on my face. When Susan finally concedes that she believes, it’s just the best. This is truly the best Christmas film ever made, and will never be beaten. The story, lessons it teaches and chemistry between Mara Wilson and Richard Attenborough will never be matched. For me, Miracle On 34th Street is Christmas personified, and I look forward to passing down my love of this film to any children I have.