Here at Flickfeast we’re getting a little bit excited for the forthcoming release of Rise Of The Planet Of The Apes. I’m particularly excited and so decided not only to rewatch all of the older Planet Of The Apes movies (see here) but also to consider some of the more memorable apes and monkeys that have appeared onscreen over the years. So let’s have a look 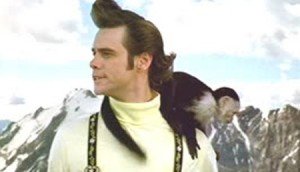 A cute little capuchin monkey that also has a strong sense of self-preservation. Which is fair enough when tied to a raft that is about to go over a huge waterfall.

9) Monkey from The Hangover Part II

Another capuchin monkey, this one makes rude gestures, smokes and deals drugs when not simply being a cute-looking little monkey. In a mediocre sequel it’s the monkey that provides most of the better moments. 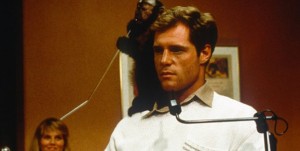 What is it with these capuchin monkeys being so popular onscreen? Here we have another one, this one trained to help a quadriplegic man. The monkey is wonderful until it begins to experience rage and murderous impulses.

7) An Ape named “Ape” from George Of The Jungle 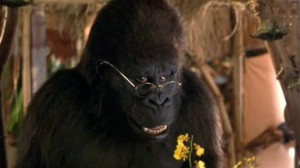 In an entertaining enough family film it’s the ape, voiced by John Cleese, that gets all of the best lines. 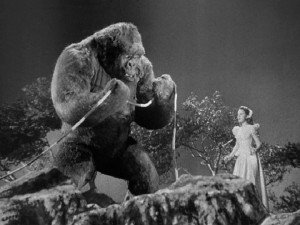 A bit like King Kong, only a lot younger and more endearing to children, I saw the original movie when I was a youngster and the image of Joe peeking out of the back of a truck as he and his friends are being pursued is a classic moment of monkey business.

5) Cheeta from the old Tarzan movies 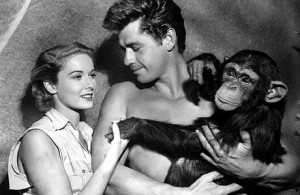 They used to be shown during every rainy day and every holiday season, or so it seemed. Old Tarzan films, adventures for kids before we had the internet, videogames and 101 other demands on our time. And they were great. Tarzan was great. But we all really wanted to see what mischief Cheeta, his faithful chimp, would get up to.

4) King Louie from The Jungle Book 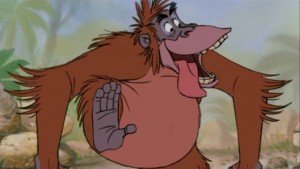 One of my favourite Disney movies has one of the best movie orangutangs ever (so good, in fact, that he made me forget all about Clyde from Every Which Way But Loose and Any Which Way You Can so it’s an honourable mention for Clyde, who also belongs here). And who doesn’t want to sing along when King Louie is bopping away?

3) The supporting cast of Gorillas In The Mist 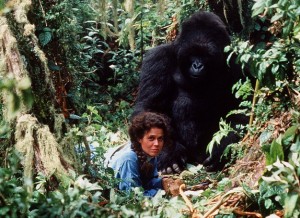 A dramatic and moving true story about the life of Dian Fossey is made all the better thanks to fantastic work creating the animals she lived for.

2) The apes from The Planet Of The Apes franchise 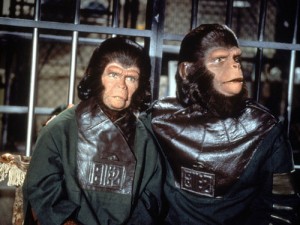 Yes, they may well want to subjugate man and get to/stay at the top of the evolutionary tree but they’re also very interesting and entertaining. Zira and Cornelius are, of course, favourites thanks to their interest in humans but Dr. Zaius makes quite an impact too. 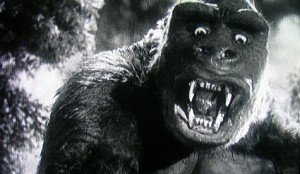 Did you really doubt that I could put any other big hairy fella in the number one spot. He’s been a classic for years, featuring in numerous remakes (some bad and one helmed by Peter Jackson that is almost as entertaining as the original, I don’t care what others say) and even battling Godzilla in one film. Long live the king.

And that’s it. It simply remains for us now to see just how the new generation of WETA-created apes shape up when Rise Of The Planet Of The Apes is released here in the UK on August 11th.

The Hobbit: The Desolation of Smaug Worldwide Fan Event