They say that behind every great man you’ll find a great woman, which is usually true. However, behind every dastardly man you’ll most certainly find an even greater woman. That’s what Hollywood would have us believe anyway. Whispering in the ears of gullible men, letting a whiff of that perfume turn someone’s mind to mush and using every trick in the book to get their own, often deadly, way – the femme fatale is a woman worth celebrating.

The order of inclusion, and indeed any notable omissions, are up for debate. As always. 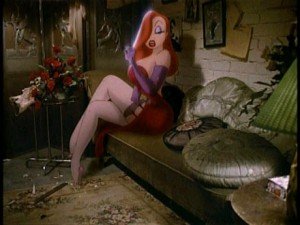 Who Framed Roger Rabbit was as much a loving parody of the noir/hard-boiled detective movie as it was a crazy animation/live action slice of insanely enjoyable entertainment. And that’s why Jessica Rabbit sneaks in here. She’s not bad, she’s just drawn that way. However, her actions and how it affects those around her really fall in line with the classic femme fatale. 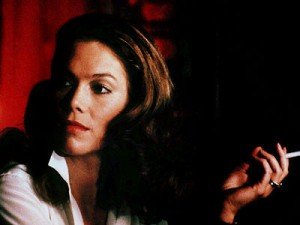 In the 1980s I think any red-blooded male would struggle to think of a woman as beautiful and sexy as Kathleen Turner. Which makes Body Heat all the more believable. Who WOULDN’T do whatever it took to keep Kathleen Turner by their side? 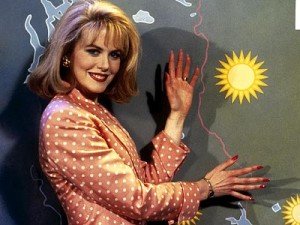 Nicole Kidman’s fame-hungry housewife in Gus Van Sant’s To Die For is both gorgeous and terrifyingly cold. As most femme fatales are, of course, but Kidman somehow adds extra chill in this great film. 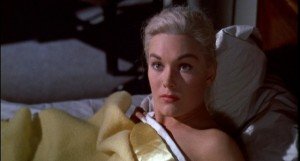 Kim Novak’s performance in Vertigo certainly checks some of the boxes but I realise this may be one of the more debatable inclusions. Thoughts? 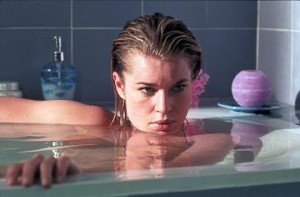 The beautiful Rebecca Romjin stars in a movie that’s named Femme Fatale so I think it’s safe to include her character here. The usual visual razzle dazzle from Brian De Palma results in a movie that, typical of the man, is not for everyone but remains one I really enjoyed. 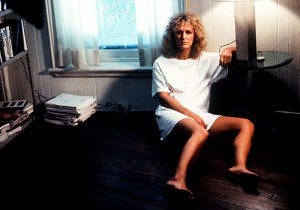 Glenn Close terrified the entire male species with Fatal Attraction and her portrayal of a spurned woman that led to the birth of the shorthand term “bunny Boiler”. 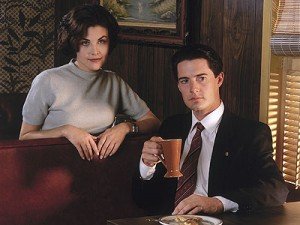 I refuse to narrow it down to one particular character, everyone had their turn (male and female) of being manipulative, seductive and evil in this classic TV show from David Lynch. My favourite was always the beautiful Sherilyn Fenn though, with that cherry stalk trick. 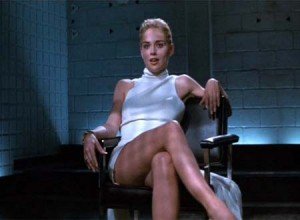 Sharon Stone has her portrayal of this femme fatale extraordinaire to thank for the relatively short-lived high that her career managed. Basic Instinct is a magnificent mix of sleaze, gloss and pulp and those who dismiss or hate it are people I feel sorry for. It’s a trashy delight, completely aware of itself. 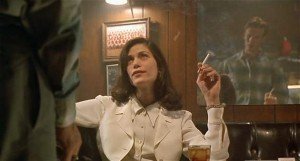 Another femme fatale that provided an actress with the chance to take her career up a notch. Linda Fiorentino oozes sex appeal and venom in equal measure as the deadly central character in John Dahl’s superb neo-noir, The Last Seduction. 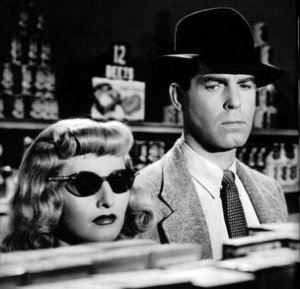 Perhaps not the very first example of the archetype onscreen, I’d argue that Barbara Stanwyck’s female lead in Double Indemnity is the first truly memorable incarnation and remains one of the very best. Poor Fred MacMurray, did he ever stand a chance?

And that’s it. I’m just away now to make sure that my good lady has everything she needs. Within reason, of course.