Recalling many of the great film composers from Hollywood’s golden era, a number of relatively familiar names are bound to crop up.  Those conversations often revolve around Franz Waxman, Victor Young, Max Steiner and a number of others.  One composer however, is usually lost among the pack and that composer is Dimitri Tiomkin.  Though revivalism is currently occurring within appreciations of his work, Tiomkin’s music occupies that area of experienced but never acknowledged meaning it is highly likely that someone unfamiliar with his work or name will have almost definitely heard it at some point in their cinematic lives.

This is surprising for a number of reasons.  The first chiefly being the sheer quality of his music, which, though stylistically deals with recurring themes, never dips below majestic.  His work is also heard on some of the biggest and most famous films ever made as well as developed through early stages of auteur composer relationships.  He has numerous scores for Howard Hawks and Alfred Hitchcock but is most famous (if famous at all) for working closely with Frank Capra on some of his greatest films.  Here are ten of his best scores. 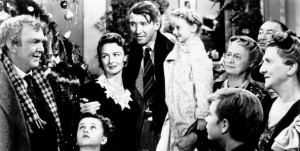 Out of all of the films mentioned here, this is the one most likely to have been seen.  Now the centre of a yearly ritualistic treat at Christmas time for many, Capra’s tragic but ultimately life-affirming tale is easily Tiomkin’s greatest score.  Whether solidifying the emotional trajectory of James Stewart’s George Bailey or treating the viewer to period Hollywood flushes of strings, the music heightens Capra’s film to a point that few pieces of cinema reach; an entertainment tradition. 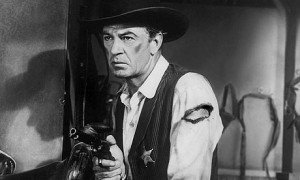 One of Tiomkin’s strongest aspects in composing is his confident use of lyrics in his film themes. This is never more apparent in the westerns he worked on of which there were many.  Fred Zinnemann’s High Noon is one of the strongest with a period evoking opening theme, taken down to the very basics to the point where it easily resembles a traditional civil war song.  His strong use of brass in the more general moments of the score are also a joy with the masculinity of the cowboys in the film extenuated. 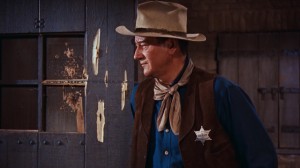 Another strong score for a western, both Hawks and Tiomkin have clearly grown older and have mellowed producing a film that is visually beautiful and a sweeping score with hints of masculine brass and humorous woodwind.  The more light-hearted notes of the film are exemplified by the score and the presence of Dean Martin allows Tiomkin to make the most of in-film songs in the form of the beautifully melancholic My Rifle Pony and Me (working with lyricist, Paul Francis Webster) and an arrangement of the traditional song, Cindy. 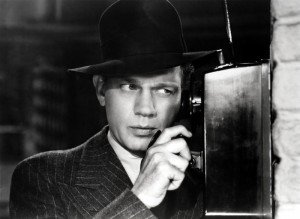 One of Hitchcock’s darkest films produced an equally dark score from Tiomkin.  Full of brooding strings and genuine jeopardy, Shadow of a Doubt contains some of Tiomkin’s most jittery music.  This is of course extremely apt for the tense and dramatic drama from Hitchcock and would lead to Tiomkin working on three other pictures with him including Strangers On A Train (1951) and Dial M For Murder (1954). 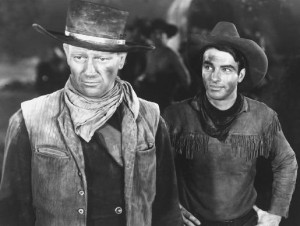 While Tiomkin’s score for Howard Hawks’ seminal Red River does very little differently to High Noon, its inclusion is here simply because of the high quality of the score.  The main theme again has a sung accompaniment and the general score is brass heavy with flourishes of strings and woodwind.  Red River is an extremely romantic vision of the west; especially by Hawks’ standards and Tiomkin’s score helps build this wonderful scenario of overcoming great hurdles to achieve something monumental. 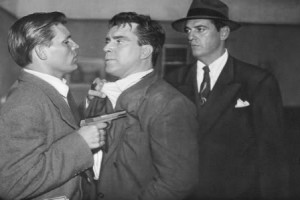 Tiomkin’s leanings towards brass lead melodies made his music perfect for genres such as westerns but this powerful and authoritative use also meant that his music was the perfect match for film noir.  His score is extremely typical of music found in the genre but also fits perfectly into the canon of his own tendencies and ideas making it a perfect match. 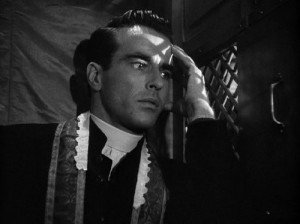 Hitchcock gave Tiomkin another crime-infused tale of his to score after their successful collaboration on Shadow of a Doubt and the composer excels at creating tragedy through his music.  Again, romanticism bleeds through into the score though never detracts from the overall darkness of the narrative.  In fact, it helps provide some much needed light at the end of the tunnel but also provides some of the most gushing of music in Tiomkin’s catalogue. 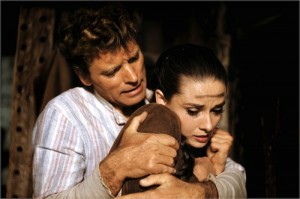 Not all of Tiomkin’s scores for westerns had lyrics and this collaboration shows that it wasn’t always needed to evoke the period in question.  Many of the films Tiomkin worked on could loosely be labelled as tragedies though ultimately with some form of happy resolve.  This allows the composer to ring the most out of the emotional turmoil of the characters (in this case played marvellously by Burt Lancaster) as well as reference some wonderful, pastoral composers such as Vaughan Williams.

The Thing From Another World – Howard Hawks (1951) 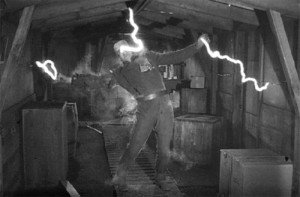 One of the odder collaborations between Tiomkin and Hawks is on the pulpy science fiction film The Thing From Another World.  Tiomkin can’t resist his usual emphasis on horns and brass though adds in some surprisingly avant-garde effects and instrumentation.  The usually safe tonality and romanticism of his scores is replaced instead with a score that seems half hard-boiled film noir and half Cold War science-fiction. 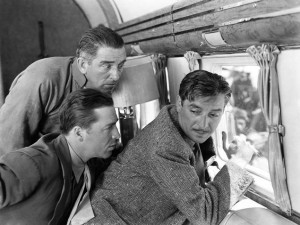 Another classic film by Frank Capra and another classic score by Tiomkin.  The score reflects the fantastical new world stumbled upon during the film but also is responsible for adding to the ambiguity of its existence.  The characters become aware of this ambiguity and ultimately question it, much to their detriment.  Tiomkin’s music reflects both this magical nature and the dream like scenario with plenty of romantic strings and harp trills used.  Its Nocturne piece is also one of the most gentle and beautiful pieces of film music ever conceived.