Harold Ramis passed away on the 24th of last month and, while he only directed about a dozen movies, his contribution to comedy over the past few decades shouldn’t be underestimated. As a director, writer, actor and producer, he never stopped supplying the laughs. Okay, not everyone laughed at Year One as much as I did, but there were so many others to choose from. As I hope to remind you in this Top 10 that I’d also like to place here as a belated tribute. 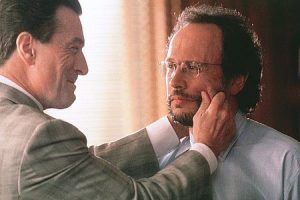 Analyze This gave viewers two tough mobsters who ended up having to talk over some problems with a psychiatrist. On the small screen, James Gandolfini gave Lorraine Bracco a headache. In cinemas, Robert De Niro caused some grief for Billy Crystal. The former premise had some comedy in the mix, but was a brilliant drama for most of the runtime. The latter was played for all the laughs that it could get, and that was a fair few. Co-written, and directed, by Ramis, it took a simple idea and milked it for all it was worth. Let’s not mention Analyze That, however, which milked it dry and then kept going, much to the embarrassment of all. 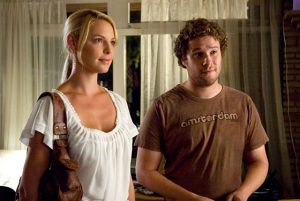 An acting gig only gets this slot, because Ramis appeared onscreen in a cameo that worked on two levels, in exactly the same way. A man passing the baton along to someone who looks up to him. I’m sure that both Judd Apatow and Seth Rogen were delighted to have Ramis in the role, for all that he represents as well as the sweet and easygoing nature that he gave to his character (the father of Rogen). 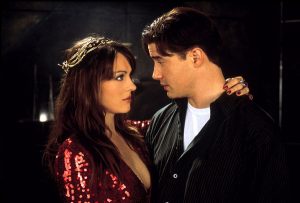 Okay, so you may not like Bedazzled. Okay, so you may have taken umbrage with the very idea of remaking the Peter Cook/Dudley Moore movie of 1967. OKAY, you may not have liked seeing Elizabeth Hurley once again trying to act onscreen, and as Satan no less. But here are the things to remember about Bedazzled. One, it’s pretty funny. Two, Hurley does her best work here while tormenting Brendan Fraser. Three, it has one section that’s entirely in Spanish. That third point may not seem like a big deal, but when you think of how many people STILL, sadly, don’t like the idea of reading subtitles it’s quite a plus point, in my book. Ramis, once again, had a hand in the writing of the script, as well as being director. 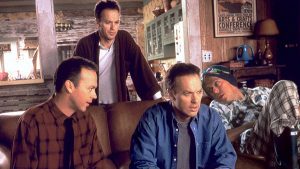 Unfairly compared to Groundhog Day, this is another high-concept comedy that revolves around a great central performance from a talented comedic actor, in this case it’s Michael Keaton. Ramis was only directing this time around, but he keeps everything bubbling away nicely as Keaton starts to use clones to make his life easier, and instead finds that he’s just making things worse. Great fun, despite Andie MacDowell being in it. 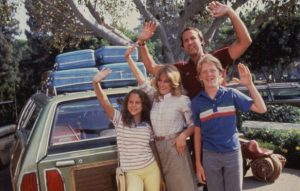 The first, and still the second-best (Christmas Vacation just wins out every time), of the series sees Ramis directing from a script by the prolific John Hughes. Some might prefer him as Fletch, some might prefer his role (mentioned here in just a couple of paragraphs) in Caddyshack, but Chevy Chase will always be Clark Griswold to me. It’s his best role, and this film sets up the template for what would develop into some of the best running gags. In fact, I can’t think of anything in the sequels that equals/betters this, profanity-laden, rant: “I think you’re all fucked in the head. We’re ten hours from the fucking fun park and you want to bail out. Well I’ll tell you something. This is no longer a vacation. It’s a quest. It’s a quest for fun. You’re gonna have fun, and I’m gonna have fun… We’re all gonna have so much fucking fun we’re gonna need plastic surgery to remove our goddamn smiles! You’ll be whistling ‘Zip-A-Dee Doo-Dah’ out of your assholes! I must be crazy! I’m on a pilgrimage to see a moose. Praise Marty Moose! Holy Shit!” 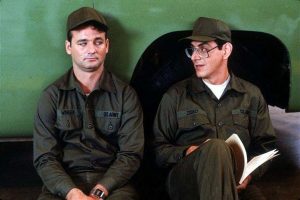 One of the three writers to work on this one, Ramis provided Ivan Reitman with another hit in this tale of Bill Murray enlisting in the army and trying to do as little as possible. As Russell Ziskey, Ramis was also an enjoyable presence onscreen, showing the natural and warm camaraderie that he would have with his co-star, and friend, through many years. The cast also featured John Candy, Judge Reinhold, Warren Oates, P.J. Soles and Sean Young, and it’s pretty much another must-see for fans of ’80s comedy. 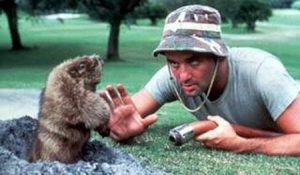 Before Happy Gilmore came along there was only really one great golf comedy. Oh, I love Tin Cup, but that was a comedy mixed with drama. The film that kept fun on the fairway for many years was Caddyshack, directed and co-written by Ramis. Rodney Dangerfield rubs everyone up the wrong way, Chevy Chase is a zen master and Bill Murray spends most of his time trying to catch a particularly troublesome, but cute, gopher. 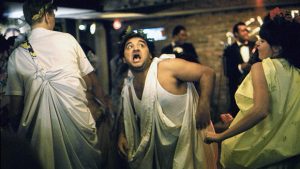 EVERYONE knows, by now, that this is one of the all-time comedy greats. What people sometimes forget is that it was written by Harold Ramis (with Douglas Kenney and Chris Miller). Animal House is now just over 35 years old, and it’s still as gut-bustingly funny now as it was when it first came out. Ramis just knows comedy 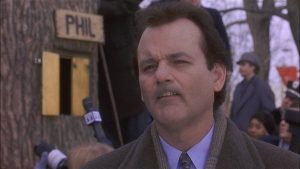 Unlike many other movies on this list, Ramis both wrote (with Danny Rubin) and directed this one. And it’s his comedic masterpiece, in my opinion. Bill Murray is forced to live the same day over and over for reasons unknown. If you don’t like Bill Murray then you won’t like Groundhog Day, but who the hell doesn’t like Bill Murray? Sharp, sometimes dark, nuanced, and hilarious, I can watch Groundhog Day on a loop and be happy. And I appreciate the irony in that statement. GREAT fun, despite Andie MacDowell being in it. 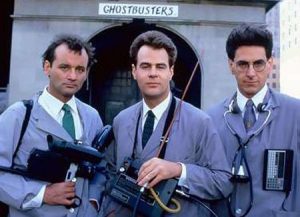 I guess that’s a testament to the man. Ghostbusters is one of my favourite movies of all time, but so are at least three other movies on this list. So this placement in the top spot was never guaranteed until I made my mind up while filling out the complete selection. Ivan Reitman was the director, but Ramis not only wrote the script (alongside Dan Aykroyd and an uncredited Rick Moranis), he also took on the role of Egon Spengler, a man who collects “spores, molds and fungus” and believes that “print is dead”. Despite those traits, he’s just as instantly funny and likable as any of the other main characters. Everybody sing now: “Doooooe, Rayyyyyyy, Egonnnnn!”

Feel free, as ever, to discuss and debate in the comments below, or just call me mad for liking Year One. But I think we can all agree that Harold Ramis deserves to be fondly remembered for the laughter that he created.