With Halloween just around the corner, what better way to celebrate that fact than cracking on with a few horror films that you’ve never seen before? Now, we all know the major players in the zombie genre and if you don’t, I will list a few thus: Night of the Living Dead, Dawn of the Dead, Day of the Dead, 28 Days/Weeks Later, Return of the Living Dead and new-ish entrant Zombieland. If you haven’t seen them, then please go and ogle them post-hast!

Today, we shall not be talking about these films, but the lesser known zombie delights that may have slipped through your zombie hunting net. 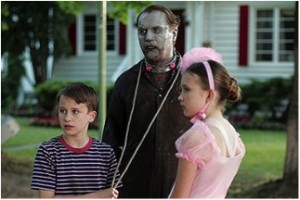 An excellent twist on the zombie genre, starring Billy Connolly as a 1950’s zombie house pet called Fido. After devouring the neighbours, Fido is on thin ice with his owners and his best friend Timmy tries his hardest to save him. Think Marley & Me for the horror audience and up the gore to 11. 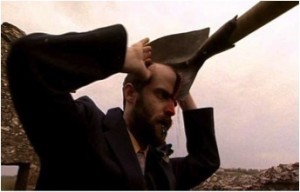 The zombies in Dead Meat are created by an infection that spreads from slaughtered animals, directly to humans. I think it was explained off as mad cow disease. Naturally, this happens in the countryside and of course there is a helpless couple driving through at the time. Beautiful Irish countryside and a wonderful bit of Irish charm turn this otherwise bland zombie outing into a great little horror movie. 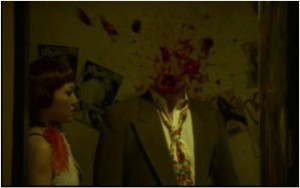 Japanese movies don’t get any nuttier than this and this is in the squirrel turd territory.
Aliens are taking over the world and turning people into zombies and only a crazy rock band called Guitar Wolf can stop them. A lot of it doesn’t make sense, but that doesn’t matter. Just go along with the ride… 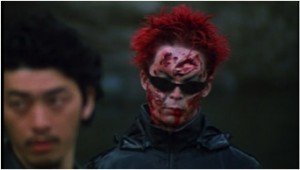 This is primarily more of an action movie, with a few zombies thrown into the mix and why the hell not? Sometimes the only way to make a film better is to add more zombies.
The story is based around the idea that there are 666 portals to the ‘other side’ in the world and Japan has the 444th portal in the shape of The Forest of Resurrection! 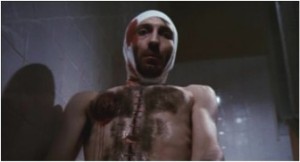 Simple movie, but very effective. Don’t let the strange title fool you…This is an awesome 70s horror. A couple are on the run, accused of murdering people, until the police discover that the real culprits are those pesky walking corpses! This time around, the zombies are resurrected by the pesticides from the farmers’ fields. 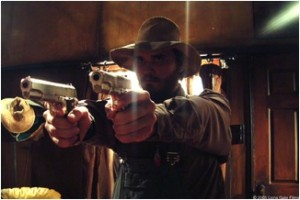 Australia’s low budget entry into the zombie genre. Clever, funny and the main protagonist can kick some serious ass! The living dead are created by meteorites crashing to the earth, from an unknown source. It’s not breaking any serious ground in the genre, but it is certainly a fun film. 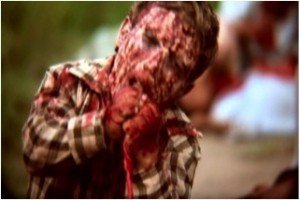 Hell’s Ground claims to be Pakistan’s first ever gore film and what a claim that is. There is gore galore in this one and some weird, trippy scenes that will make you think your drink has been spiked. There are lots of zombies and a Texas Chainsaw style family and you just have to see it all to believe it. 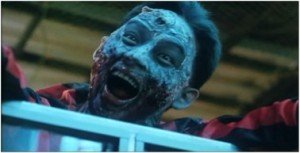 An hilarious horror comedy from Hong Kong. It’s Asia’s answer to Dawn of the Dead, with a few crazy little twists in it. The zombies are created by a soft drink that has been contaminated by bio-chemicals and the outbreak happens in the mall, with a group of shop keepers trying to hold their own against the hordes. 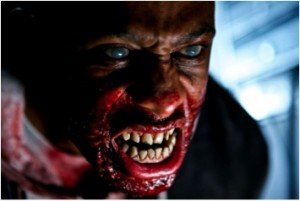 The French are churning out some pretty decent and brutal horrors at the minute and this is no exception. IMDB sum this one up pretty spot on: “An end of the world battle between gangsters, cops and zombies.” No one knows who’s supposed to be fighting who and it all gets very messy. There are some excellent action pieces and definitely one to sit down with a few beers. 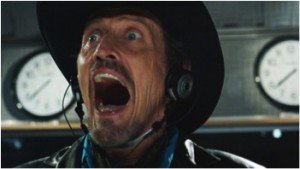 Canada has created some excellent low budget horror movies in the past, with greats like Ginger Snaps and Cube and this one shoots up to the top to nestle in with them. A deadly virus infects a town in Ontario and it’s caused by words. Certain spoken words trigger the virus, which turns people into crazy dead heads. It’s clever and witty and nearly completely shot in the confines of a radio studio. Stephen McHattie is the absolute icing on the cake in this film and the fantastic script from Tony Burgess and direction from Bruce McDonald make this an instant cult classic!

So this Halloween, as well as revisiting the old classics, branch out a little and watch a couple of these recommendations. I assure you that there’s enough blood, gore and gut guzzling to keep any horror fan happy.

Mark grew up in the 80s, virtually living in his Dad’s video shop and since then has been hooked on movies. As an avid horror fan and a DVD/Blu-ray collection to make Blockbusters blush, he likes to think he knows a little bit about films, so writing about them is the obvious thing…