Animation is a special form of filmmaking. With animation, infinite numbers of doors are opened and there’s a never ending supply of possibility. A table can move across a room of its own accord, a chair can sink into the floor, or a lamp can find endless entertainment from a bouncy ball. Pixar Animation Studios has, over eighteen years, brought us thirteen (soon to become fourteen) feature films and twenty two (soon to be twenty three) shorts, each of which has advanced computer animation in one way or another. An inconclusive poll on Twitter proved that nobody can agree on what Pixar’s best feature or short is, so here is a list of their ten best films and shorts (in no particular order) as argued by Twitter and manipulated by my own bias. 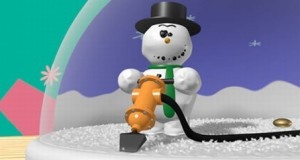 One of the studio’s earlier shorts, Knick Knack (which was placed in front of Finding Nemo, despite it being made in 1989), is the hilarious story of a snowman who lives in a snow-globe, but yearns to be free so he can join the party going on in the snow-globe next door. He tries everything to free himself from his globe, including producing a drill from nowhere until eventually he falls off his shelf and finds himself trapped in another glass prison. Inspired by the comedy of Looney Tunes, and the final short produced when Pixar was a hardware company, it’s a great introduction to the studio’s ability to tell a story in minutes. 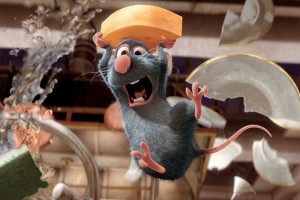 Ratatouille is probably Pixar’s most charming film. In true Pixar style, it features an unlikely hero (Remy the rat) who dreams of a life that shouldn’t be possible for a rodent. After a meeting with Linguine, a restaurant worker with no culinary ability, he realises his dream of becoming a chef by discovering he can control Linguine using the garbage boy’s hair. With some comedy French accents, a cameo from Jaime Oliver and one of the best villains in film history, Ratatouille is a firm favourite and a film which never ceases to plaster a huge smile across the face of its audience. 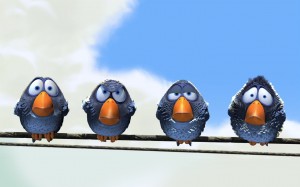 This is one of Pixar’s simpler shorts, and as per usual, involves no human speech. Instead, a group of squeaky birds play out rush hour commutes on a power line. These squeaky little birds are in the middle of arguing about personal space when a much larger bird asks to join them on the power line. Seeing an opportunity to poke fun, the smaller birds reject the larger one, which is all very well until the large bird decides to perch right in the middle of the group. Without spoiling exactly what happens, karma comes round and bites the small birds on their feathery behinds. This short won the Academy Award for Best Animated Short Film in 2001, and is referenced briefly in Cars. 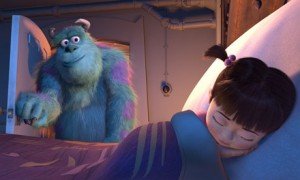 “Kitty!” This might be something of a large claim, but Monsters Inc. has the best final line and final scene of any Pixar film. It also has their best opening credits and one of their best theme songs (If I Didn’t Have You). I won’t claim it’s their best film (although it might be) because every time I watch a Pixar film, the last watched film becomes my favourite. There are some truly wonderful scenes in Pixar films, but the award for the best one goes to the door chase towards the end of this. It’s a brilliant piece of cinema and such a good idea. If you haven’t seen Monsters Inc., then you need to sort your life out. 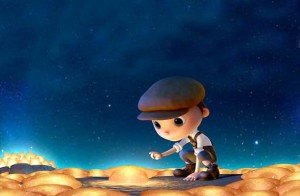 La Luna is the short played before Brave, and in my opinion, it upstaged Brave. This is a sweet coming-of-age short about a boy who is sent to the moon with his father and grandfather to sweep up fallen stars. The best way to describe the five minutes it takes to watch this film would be magical. It has as much heart as any other Pixar film packed into those five minutes and is visually gorgeous. Where their earlier shorts were used to promote their computers, nowadays the shorts shown before feature films by this studio are to show off something they have mastered, and will show in a future film. If there are plans to make something out of La Luna, we should all be very excited because there’s no doubt it’ll be absolutely stunning. 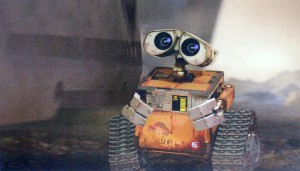 Wall-E is as close to silent animation as Pixar is likely to get. Set on Earth after humanity has destroyed it and then left, it follows Wall-E who appears to be the only ‘living’ thing left on the planet, save for his cockroach friend. A trash robot, he picks up garbage and compacts it into little cubes until a spaceship arrives and with it, Eve. After falling in love with this shiny new robot, Wall-E follows her to a gigantic ship where humanity has been living for quite a while. Whilst the environmental message might be a bit too much for some, Wall-E is a visually stunning film and one that should be seen by everyone at least once. 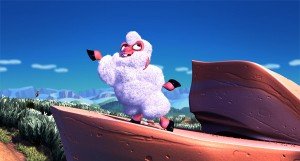 Another personal favourite, my first viewing of this sticks in my mind like superglue. Something about a dancing sheep and what nearly qualifies as a Pixar musical appeals to me somewhat. This is also one of the few shorts to feature human speech in it, albeit through Brad Bird’s rhymes in the song. It’s a bit of silly fun, but there’s something about it that’s quite charming, and the song isn’t bad either. 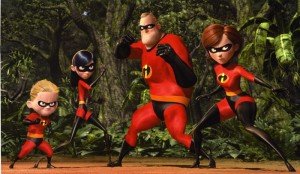 The film superhero films want to be, this is a fun adventure centered around a family of superheroes. Having been forced into hiding, all superheroes now coexist with normal humans without so much as a glance towards their capes of old. However, Mr Incredible/Bob Parr finds himself recruited by an agency who need him and his super-strength to help with a rogue robot. If none of that sways you then the appearance of Edna Mode, one of Pixar’s best characters, should. This tiny fashion designer, voiced by Brad Bird, with a vendetta against capes almost steals the film   and is on par with Anton Ego as one of Pixar’s greatest characters. 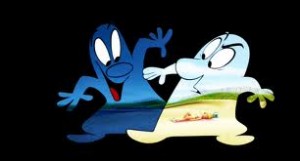 A lesson in music concrete and learning to accept the unknown, Day & Night is a wonderful short about two characters whose bodies act as a window to the world on an otherwise black background. As Day wakes up and starts his morning routine, he bumps into Night who is entirely alien to him. After a quick fight, the two show each other the best parts of their worlds until the sun rises and sets and they become opposites again. This is another short that nearly upstaged its feature (Toy Story 3), in fact I went back to the cinema multiple times just so I could see it. 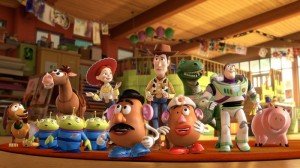 An obvious choice, and whilst a few may cry “but what about Toy Story 3??”, let’s just take into account that this was the first fully computer animated feature film, and one which won John Lasseter a special award after the release in 1995. That’s right, 1995. Watch it now, nearly twenty years after the release, and you’ll see it’s barely dated. Written by Joel Cohen, Joss Whedon (!!), Andrew Stanton and Alex Sokolow, it bases itself around the idea that toys come to life when their owners aren’t around, something most children dream of. Even in A Little Princess, written in 1905 and based on an 1888 story, Sara runs back into her room in an attempt to catch her dolls as she believes they come to life when she’s not in the room. So whilst Toy Story 3 is an excellent film (the thought of which is bringing tears to my eyes as I type), Toy Story deserves a place on this list for kickstarting the wonderful world of computer animation, and bringing us the beginning of a longstanding love affair with Pixar and the worlds and characters they have created.

An eleventh on the list but most certainly worthy of a special mention. Luxo Jr. is the short that announced Pixar Animation to the world, and is now partially used before all their films. Not only did it show Pixar’s ability to tell a story in a matter of minutes and without speech, it alerted the world to their skill with computer animation and probably helped with Disney’s decision to approach them about making Toy Story. We owe a lot to that little lamp.