It seems like barely a week goes by without us receiving news of more projects from Marvel and DC (right now you’ve probably been hearing plenty of juicy titbits from another successful Comic-Con, you’ve already been subjected to the various opinions about Suicide Squad, and this week here in the UK we’ve also just had the home retail release for Batman Vs Superman: Dawn Of Justice). And you can find plenty of lists around that rank those movies, pointing out what they do right and what they get wrong. So here’s something that I like to think of as being in line with those lists, yet still being a little different. It’s a top ten list of superhero movies that DIDN’T come from Marvel or DC.

Kicking things off, we have this enjoyable slice of madness from director Sam Raimi. Liam Neeson stars in the title role, Frances McDormand plays his wife, and the inimitable Larry Drake brings to the table what every superhero movie needs – a worthy villain. Fun to watch if you’re a fan of Raimi, and also interesting to watch nowadays as a bit of a practice run years before Spider-Man, this is energetic, inventive, and hugely enjoyable. 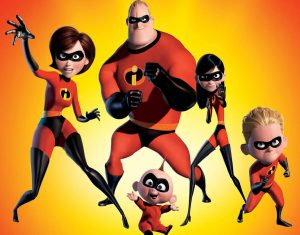 Speaking of films that are energetic, inventive, and hugely enjoyable, The Incredibles is a wonderul and hilarious riff on the Fantastic Four, courtesy of those talented folks at Pixar. AND, in news so exciting that when I first heard it I’m not ashamed to say a little bit of wee ran out, we’re getting a sequel soon. Which proves that we really do live in blessed times. 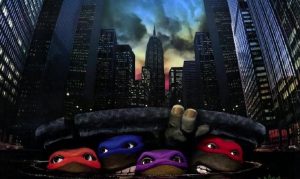 They’ve appeared in a number of different cinematic incarnations over the years but this first live-action feature remains arguably the best of them all. Is it the fact that the main characters are portrayed by people in suits? Is it the fact that it came along at just the right time? (and I STILL have fond memories of playing the game on my Spectrum 48K) Or is it just that it seems to have a heart beating strongly under every one of those half-shells? Whatever the case, I just have one thing to say about it: “COWABUNGA!” 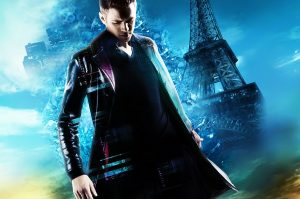 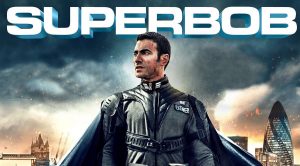 Sweet and funny throughout, Superbob is a film that really should have been seen by more people. It’s a superhero movie filtered through the window of a British council office window. Brett Goldstein is immensely likable here (just as likable as he is in Adult Life Skills, in fact), and the supporting cast includes great turns from Catherine Tate, Natalie Tena, Laura Haddock, and Ruth Sheen.

With a cast that mixes the likes of Kurt Russell with some Kids In The Hall, a pinch of Broken Lizard (in the shape of Kevin Heffernan), Mary Elizabeth Winstead, Bruce Campbelle, Danielle Panabaker, and Lynda Carter, this Disney movie manages to hit the requisite child-friendly beats while also providing consistently fun superhero shenanigans. If you have avoided it up until now due to the family entertainment label then do yourself a favour and check it out ASAP. 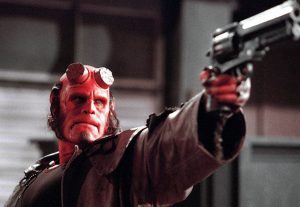 The role that Ron Perlman was born to play? Yes, yes it is. And that’s really all I need to say about Hellboy, although I guess it’s worth emphasising that everything is nicely brought together and detailed by director Guillermo del Toro. Will we ever get a third outing for Big Red? I doubt it, but at least we got this film. And the sequel is also fantastic 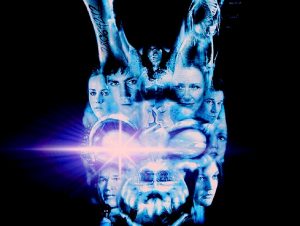 Okay, not everyone will read Donnie Darko as a superhero movie but that is certainly one interpretation of it. Donnie is given the ability to know when a major crisis is going to happen (the date of the world ending, to be exact), and that is a major gift in itself, but he then also finds that he can change things. He can stand up for others and he can make a difference. It just remains to be seen whether that difference is for the better or worse.

Ahhhhh, good old nostalgia. Remember when M Night Shyamalan made brilliant movies? Remember when Bruce Willis seemed to care about his career? Remember when the film release schedules weren’t flooded with superhero movies? Yes, Unbreakable came along at a very different time. Willis has delivered some fantastic moments under the direction of Shyamalan but few burrow into your mind like the scenes here in which his son tries to convince him of his superhero potential.
Unbreakable is a film unlike so many other superhero movies, yet it’s clear in every scene that the entire story would look eye-poppingly gorgeous in comic panel form. 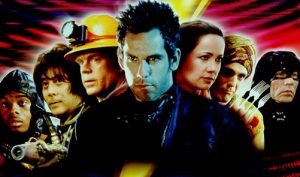 To paraphrase: They’re not your classic heroes. They’re the other guys.
Despite the absolutely stellar cast assembled for Mystery Men (Ben Stiller, William H. Macy, Hank Azaria, Janeane Garofalo, Greg Kinnear, Geoffrey Rush, Tom Waits, Eddie Izzard, Paul Ruebens, Kel Mitchell, Claire Forlani, etc), the real joy here comes from the script. You could probably go through an entire year in your life using a quote every day from this movie and you wouldn’t run out of options. I should know, I use lines from this script as often as I can in everyday conversations.

EDIT: People have just mentioned Chronicle and The Crow to me. While I don’t view the latter in the superhero light, it certainly would count for anyone wishing to add it. And I’d absolutely second any list that includes it. Chronicle, on the other hand, was a complete oversight that should have definitely been here. I love it. I just happen to have a poor memory sometimes.

Gary Oldman: A Life in Pictures