The Sixties… swinging, flamboyant, expressive. An era of counterculture and social revolution. And one area that this counterculture movement had a dramatic effect was film, where social taboos such as sex, drugs and violence were dissected and put up on the big screen for all to see. Naturally this spilled over into the poster art of the decade as well, and probably explains why it is my favorite for poster art! 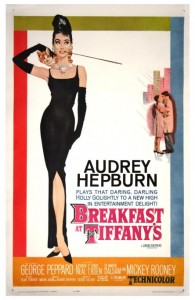 Hepburn’s performance… iconic, the little black dress… iconic, the poster… iconic. Simply iconic and naturally one of the most expensive posters from the decade. The one above is the US one sheet. 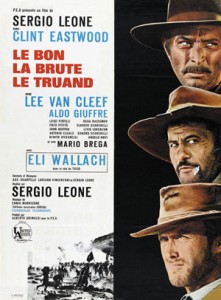 The best western ever made? Possibly. The French one sheet is certainly one of the best posters. 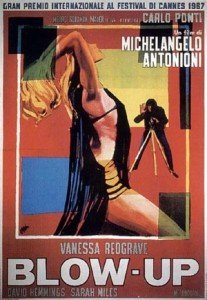 A sexually explicit (for its time) and explosive film – one of the finest examples of the relaxing of sexual taboos of the era. In fact it has been cited as a contributing factor in the eventual demise of the Production Code (which had refused to approve it). All of the Blow-Up poster versions are great but my fav would have to be the Italian 4 Foglio, which at a massive 55 x 78 inches deserves to only ever be hung in a cool loft conversion. 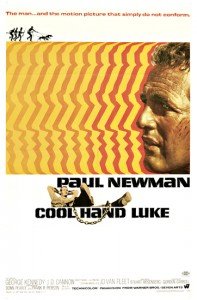 The poster that does not fail to communicate. The US one sheet has some great pop art visuals and sums up effectively the film’s premise and style. 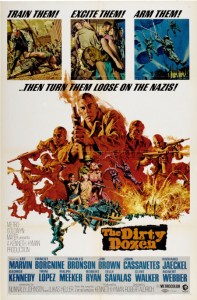 “Train them! Excite them! Arm them! ..Then turn them loose on the Nazis!”. Another taboo. Robert Aldrich’s ultra violent and controversial WWII flick reaped rewards as it netted the biggest takings for the year. The film and this US one sheet are obvious influences on Tarantino’s Inglourious Basterds. 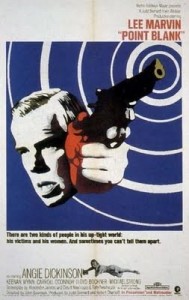 Another poster with a fabulous pop art feel. This crime thriller did not fare well at the box office when it was released but it is now firmly a cult favourite and I love this US One Sheet. The Italian 2 Fogli is another great poster as well. 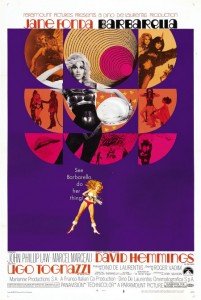 Like Blow-up another fine example of the relaxing of sexual taboos of the time. This sexually explicit  (by contemporary standards) sci-fi is well represented in the film’s poster with Jane Fonda clad in one of her provocative get-ups. My fav is the US One Sheet Style B, and I’m lucky enough to be in possession of this one which my wife, who is not a fan, would like me to offer up for sale! 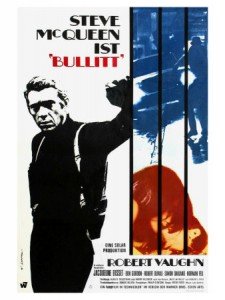 Another iconic film. McQueen was reluctant to do this film as he thought playing a cop didn’t fit in with his cool image. However I think he still looks pretty cool in the German A1 poster, my favoutire version. 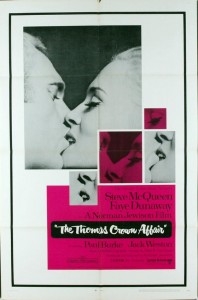 Another McQueen classic and a truly excellent film, far superior to its reasonable remake. It fittingly has one of the best posters of the decade, the two tone simplicity of it is very powerful and portrays the romantic nature of the film perfectly. 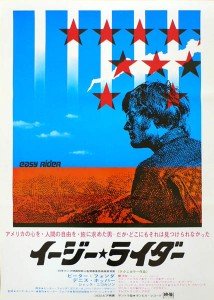 Another film that was significant in the counterculture movement of the era. Focusing on the drug culture of the time summed up nicely in the legendary phrase “The 60s, if you remember it man you weren’t there”. My preferred version of the poster, Japanese B2 (in blue),  really does credit to this seminal road movie. 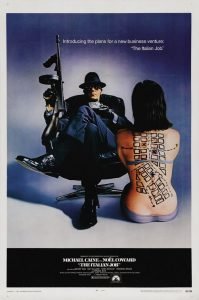 It tends to follow that the most iconic films are accompanied by the most iconic poster art. Popularity of the film will fuel the appreciation of the poster art, and vice versa. However in the case of The Italian Job the poster was not well received on release and it has been blamed for the poor performance of the film on initial release. Ironically the understated charm of the poster has made it more popular than ever and with the fortunes of both film and poster having fared better in recent decades it illustrates how poster art can make sound investment.

Well that’s the lot and in choosing this top ten some very hard choices were made (the canny readers out there may notice that I’ve cheekily included 11!). As previously mentioned it is such a rich decade for great poster art and there are lots of other posters that I would have loved to include.