My Top Ten Most Anticipated Movies of 2012

Fair warning: I am a sci-fi and superhero movie fan first and foremost, so don’t expect too much artsy or mainstream fare on this list. Granted, being a Shakespeare nut, one movie I am enormously excited about is Ralph Fiennes’ Coriolanus, but I have decided not to include it because it was festival-released in 2011, and therefore doesn’t really qualify as a 2012 movie. And besides, its presence would ruin the list’s resplendent parade of pop culture titles… 🙂

I have counted more than twenty 2012 movies I look forward to. Do not despair; they do not include Ghost Rider 2 and Resident Evil 5 (no, nor Expendables 2, either, Kev) – although both G.I. Joe 2 and Underworld 4 in fact made it. I freely admit, what I happen to be most excited about does not always follow rational rules. Am I excited about The Dark Knight Rises and Amazing Spider-Man? Kinda. I’m a bit bleh about them, really. They might be really good, but by now I’m taking another installment in those franchises for granted. The novelty’s worn off a bit. I’m pretty excited about Oliver Stone’s Savages and Ang Lee’s The Lady starring Michelle Yeoh, but not quite enough for them to make this list. Battleship looks like it could be interesting. And there’s a new (French) Asterix movie coming, too. And one can’t help being intrigued by a title like Abraham Lincoln: Vampire Hunter. And then there’s also the Bruce Willis time-travel flick Looper, a space station action-thrilled by Luc Besson called Lockout, another space station thriller called Gravity (from the director of Children of Men, and starring George Clooney and Sandra Bullock), and the awfully interesting Iron Sky, starring Nazis in space, which could be quite amazing. But none of those made the list. Neither did Zack Snyder’s Man of Steel nor the next Star Trek movie – but that is purely because they won’t be here until 2013. The same seems to be the case for the RoboCop remake.

Here are the ten 2012 features that really set my juices flowing: 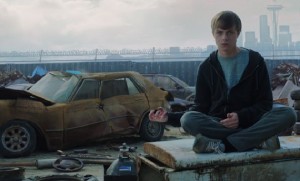 Some kids discover a source of superpowers, acquire them and, just for kicks, set off on a road trip to test their powers without too many prying eyes about. But power can corrupt – which makes me think that this movie is probably more than a little bit inspired by Watchmen. There are worse things to be inspired by…! 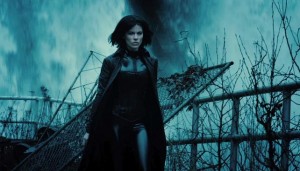 Yes, it’s more of the same. And I love it. This universe of vampires and werewolves, which is all about their internal politics and not about puny humans at all, is a universe that will only gain from being described in more detail. It’s already rife with potential, and while the second movie in this franchise didn’t do that much for me, I loved the first and the third, and await this sequel with bated breath. Kate Beckinsale is back!

This is one big-budget sci-fi movie from Disney that looks like it might be a little bit better than the usual big-budget movies Hollywood continually regales us with. Based, of course, on the book series by Edgar Rice Burroughs, this is the original planetary romance that inspired Star Wars and many other science fiction movies. Here’s hoping that they can make this movie seem original, despite so many other movies already having ripped it off decades ago…

If I told you anything about this movie, I would have to kill you. Well, actually, I don’t know anything about this movie, except that it is based on an allegedly unfilmable book with a sci-fi slant, and that it stars Tom Hanks, Hugh Grant, Halle Berry and Susan Sarandon. The reason the movie is on this list is quite simple: It is written and directed by the Wachowski brothers (sorry: siblings), and also by Tom Tykwer (who did the brilliant Perfume: The Story of a Murderer). This must be great. Now you know as much as I do. 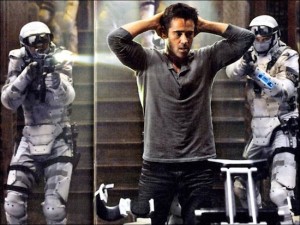 2012 is the year of the remake of one of my absolute favorite sci-fi movies. Be assured that I am bracing myself for what can only be a disappointment, but… damn it, I can’t help looking forward to this like a giddy school-boy. The story should be changed somewhat, but according to IMDb we’ve got all the same characters as in the original Verhoeven movie – top billing goes to Kate Beckinsale (her again!) and Colin Farrell. I am thrilled already. 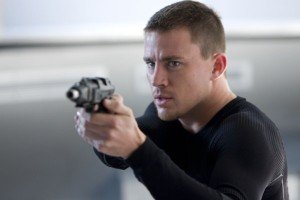 The first version of this list did not include G.I. Joe 2, but then the trailer came out, and I’m floored by it! It looks like the style and the action and the delicious comic-book look and feel are all back in spades, and I’m already loving it. If the sequel is as good as the first movie, let alone better, 2012 is already shaping up to be an exceptional year for sci-fi/action cinema. 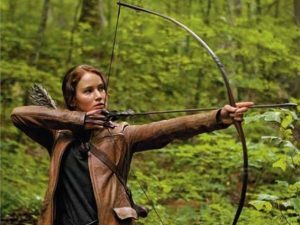 Gary Ross made me a life-long fan of his when he wrote and directed Pleasantville (1998), and now we’re getting another interesting and mysterious movie from him. The plot reads like an episode of “Doctor Who”: we’re in a future where the ultimate reality show is for randomly selected people to kill each other on live television. Jennifer Lawrence is in it. And Stanley Tucci. I’m sold. 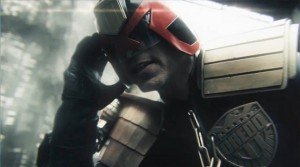 I love Karl Urban. And I have a general theory that the second movie adaptation (not sequel, but a completely new adaptation) of a book or comic book must necessarily be much, much better than the first. Stallone’s Judge Dredd (1995) was a disappointment; surely they will get the concept right this time around! I want a proper satirical version of a fascist cop in a nuclear-wasted future, and I want him to be played by Karl Urban! I already know I will get at least one of those two! 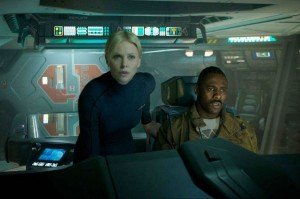 Ridley Scott – ‘nuff said! The guy who brought us Alien and Blade Runner is finally returning to science fiction, and there’s no way it ain’t gonna be great. Just no way. Not much is known about Prometheus – it is supposed to tie in a little bit with the universe of the Alien franchise (i.e. it takes place in the same universe), but the overall story will be its own. Which sounds perfect to me. Can’t wait for more dark space opera from one of the world’s greatest directors. 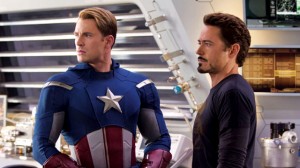 I can’t help it. I’m a hopeless old Marvel fan, and I loved Iron Man (esp. the 2nd), Thor and Captain America: The First Avenger. Everything (incl. Joss Whedon) suggests that The Avengers, which is based on those three core characters plus the Hulk and several others, will be a blast of comic book goodness, caressing my palate something savage! It’s gonna be cosmic.