by Cleaver Patterson
in Top Ten

Ghost stories are as much part of the Christmas tradition as eggnog and mince pies (in fact the similarities don’t end there as all three can be equally comforting, reassuring and satisfying in a perverted sense). But what makes a ghost story ‘good’ and a good one ‘classic’? Well, in my attempt to select the ultimate celluloid spectres to add an extra chill as the long nights draw in, I gave myself two simple rules to separate the best from the rest. Firstly they must thrill the viewer (be that a frisson of excitement, unease or both). And secondly they must have longevity (all predate the mid 1960’s – the chronological placement in the list should be taken as no indication of their ranking). So switch on the DVD player, turn down the lights and don’t worry, that creaking on the staircase is just your imagination ……. 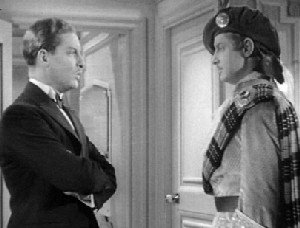 Though dated when watched now, this British produced fantasy of an American entrepreneur who buys a Scottish castle and transports it brick by brick (along with its resident ghost) to his homeland, simply fizzes with fun. Produced by the legendary Alexander Korda and starring matinee idol Robert Donat as the ghost, alongside such stalwarts as Elsa Lanchester and comic genius Terry-Thomas in an early uncredited role, this effervescent comedy was the top grossing film of 1936 in the UK. 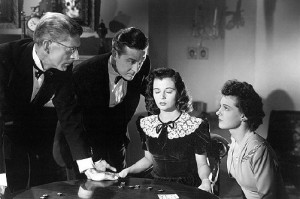 The story of a composer and his sister (played by Ray Milland and Ruth Hussey) who buy a derelict house on a lonely stretch of the Cornish coast, only to find the reason for the house being abandoned is due more to rising spirits than rising damp, may be a little slow moving for many modern audiences, but is none the worse for that. The film which the modern master of subtle shivers Guillermo del Toro listed as one his six favourite “fright flicks” in a recent USA Today article, has an easy pace and clever dialogue that builds a subtle ‘Rebecca’esque’ tension seldom achieved with today’s in-your-face visuals, producing a melancholic sadness which lingers long after the final credits have rolled. 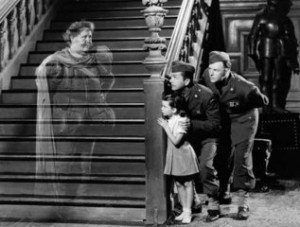 Many years ago I watched a television adaptation of Oscar Wilde’s perennial tale of a kooky spook, more terrified of the new American inhabitants of his stately English pile than they are of him, that freaked the life out of me (I was only a child at the time). This version however, starring Charles Laughton in fine fettle as the goaded ghost, went more for laughs and retains a period charm which still manages to raise a warm glow whilst viewed today. 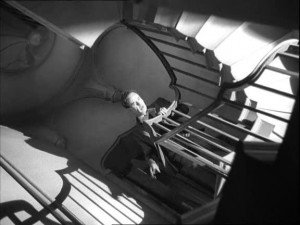 What can one say about this most English of chillers from that most English of studios, Ealing Films. It is simply one of the most entrancing, beautiful and downright terrifying films you are ever likely to see. What is actually five ghost stories within a linking story the film focuses on several guests (featuring a top notch performance from Googie Withers) at a house party deep in the English countryside, as each recounts a sinister experience which cannot be explained by everyday rationality. Some of the stories are inevitably weaker than others – the fourth concerning rival friends who come to blows over a game of golf and a mutual love interest, being included one presumes for comic relief more than to scare. However the film as a whole works wonderfully producing an air of seeping menace from which neither the viewer nor the characters (including a very young Sally Ann Howes, later Truly Scrumptious in Chitty Chitty Bang Bang (1968), in a seasonal shocker) can escape. 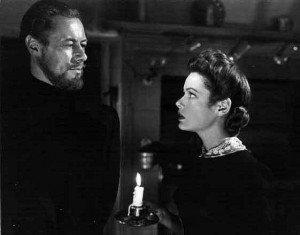 Some films one can only imagine starring certain actors. One such is this supernatural tale of romance by the sea with Rex Harrison perfectly cast as the irascible ghost of Captain Gregg whose old seaside home Gull Cottage is now inhabited by a feisty young widow played by Gene Tierney. The blossoming romance between the two (with the potential problem of a love rival in the form of George Sanders) makes Patrick Swayze and Demi Moore’s relationship in Ghost (1990) pale by comparison. 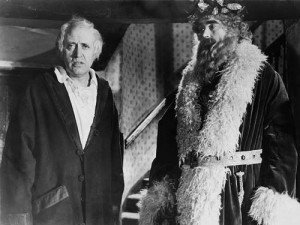 The Yuletide wouldn’t be complete without some rendition of Dicken’s classic tale of the miserly Victorian moneylender, made to see the error of his ways when visited by a collection of festive freaks on Christmas Eve. Though undoubtedly one of cinema’s most adapted stories, this atmospheric black and white rendition starring Alistair Sim as the eponymous miser and the wonderfully doleful Michael Horden as his late partner Jacob Marley is widely considered to be the definitive version. There is little more you can do than sit back and wallow in the unalloyed delight that modern cinema could only hope to imitate. 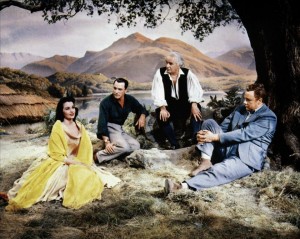 Though in no way chilling, this film deserves inclusion on our list simply because it provides not just one but literally a cavalcade of ghouls in the form of the inhabitants of a village which is itself a ghost. Some would say that the musical featuring Cyd Charisse and directed by Vincent Minnelli, deserves plaudits for putting the scares on Gene Kelly as the young American who whilst travelling in Scotland with his friend (played by Van Johnson) stumbles across the spectral highland hideaway. And if that premise doesn’t frighten you off, then you’re most likely dead already! 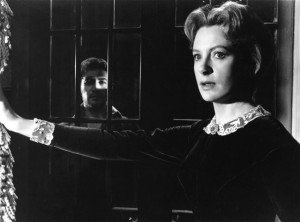 As an exercise in subtle, slow mounting unease, nothing surpasses the film which regularly features in lists of the all time top horror movies. Who are the haunted, who the haunters and who is unhinged are questions left as unanswered at the end as at the beginning of this stylish period chiller. Featuring a faultless central performance from Deborah Kerr who made a career out of portraying governesses on screen in the 1950’s and 1960’s, the masterful cinematography by Hammer legend Freddie Francis ensures that this atmospheric shocker will haunt you forever, like the malignant spirits which drift through the corridors of the story’s stately home. 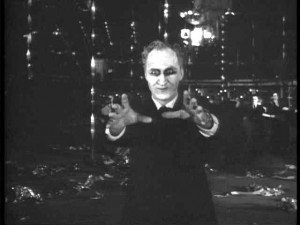 There is little can be said about this oddity from America, other than it’s likely one of the most bizarre horror films ever committed to celluloid. Following the traumatic events experienced by a young woman Mary Henry (Candace Hilligoss) following her involvement in a car accident, the viewer is left as bewildered at the end of the film by the events as Mary herself – just don’t watch it alone. 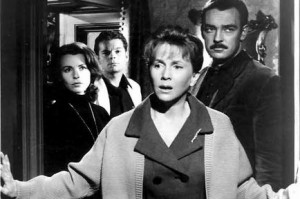 Mention ghost stories on film and one title will inevitably rise above all others. The original celluloid version of Shirley Jackson’s classic study of the macabre ‘The Haunting of Hill House’ (forget the 1999 remake which was a pure abomination), still chills the viewer to the marrow by following the mantra that ‘less is more’. The story that charts the experiences of a group of psychics (including Julie Harris and Claire Bloom) as they investigate bizarre occurrences at the isolated Hill House never ceases to terrify by leaving much of the horror to the viewer’s imagination – a lesson many modern horror makers could do worse than to take on board. 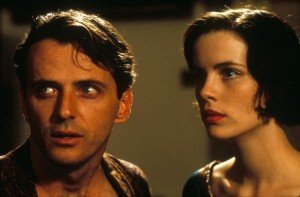 I’ve allowed this adaptation of British horror maestro James Herbert’s novel of the same name, as it has all the requirements to make it a future classic. An atmospheric country house setting, unhinged central performance by Aidan Quinn, and a relationship that’s not ‘quite right’ between a sister and brother played with a suitable creepy ambience by Kate Beckinsale and Anthony Andrews (as well as the fact that the story is very ‘British’), this story has all the qualities required to provide a stylishly lasting chill.