Thomas Newman’s minimalist soundtrack sounds exactly how I imagine walking around suburban America feels. He brings out the creepy, artificial nature of what was meant to be a utopia with perfect alignment to the content of the film. We scandalously follow every move Kevin Spacey makes with Newman’s use of world percussion resonating around our craniums, illustrating the darker side of residential life. No wonder the theme song is used countlessly on reality television, it can only be said to accompany the futility of certain lives lived effortlessly. 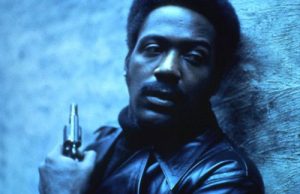 Isaac Hayes and Johnny Allen’s seminal funk, soul soundtrack epitomised what all good Blaxploitation music is. It’s smooth and groovy with excellent musicianship from all involved. James Alexander’s suave basslines break all the rules, just as Shaft does, and Pistol Allen’s drum machine precise percussion keeps the rhythm section unfathomably cool, somewhat like Shaft himself. The album release won numerous awards for its super slick arrangements and the title song won the 1971 Academy Award for Best Original Song. It should also be considered as potentially the longest intro of a title theme before vocals are introduced. If anything you want it to go on for longer but Hayes’s deep, warm voice only adds to what could be considered one of the best theme songs ever written. 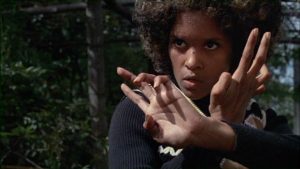 Only just beating Shaft is another Blaxploitation soundtrack, that of the Roger Corman produced T.N.T. Jackson. Arranged by Vicente ‘Titto’ Sotto, who aside from being a songwriter was a senate in the Philippines, an award winning television host and an international ten-pin bowler, the T.N.T. Jackson original music is a lot faster paced and funk orientated than Shaft’s soundtrack. The relentless drum rhythms, particularly groovy basslines and elaborate flute melodies accompany T.N.T. Jackson’s kung-fu onslaught expertly. This soundtrack is begging for a re-release with only a couple of the gems being available on the internet. 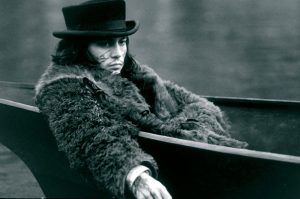 Neil Young composed the soundtrack to Dead Man, Jim Jarmusch’s tale of a young man going through a spiritual and physical quest, with only an electric and acoustic guitar, a large old pipe organ and some random sounds he had recorded. He recorded a large proportion of the compositions while improvising watching the first edit of the film. Young’s Western ballad-esque, fuzz-laced final product does astoundingly to compliment the sparse, slow burning nature of the plot and setting of Jarmusch’s Acid Western classic.

My original choice for 6th place was Popol Vuh’s earthy synthesiser based soundtrack for Werner Herzog’s Fitzcarraldo but upon research I found that all the tracks were taken from previous albums they had done. When finding this out I turned to both Vangelis’s Blade Runner electronic epic and Bryan De Vorson’s impressively gritty The Warriors effort. Vangelis, known in households for his 1981 Chariots of Fire theme, provides a fittingly futuristic and techy atmosphere for Ridley Scott’s much lauded Blade Runner. Shots of hovercrafts flying over the 2019 megalopolis Los Angeles are made even more poignant with Vangelis’s sweeping synth tones. Bryan De Vorson’s soundtrack does exactly the same as Vangelis’s but makes it slightly funkier. He also adds more traditional instruments such as guitars (although often effects laced) and organ making his score more hip and beat, which pairs with The Warriors running through the streets of a derelict New York, rife with crime, perfectly.

Accompanying Michelangelo Antonioni’s eerie, sixties London based thriller Blow Up, Herbie Hancock crafts a nonchalant jazz masterpiece. The songs predate funk and blend flawlessly with the garage/ psychedelic explosion that was taking place at the time of creation. The fusion of the current youthful music and the more old school jazz went on to influence scores of artists and be sampled by as many, including the 1990 hit ‘Groove is in the Heart’ by Dee-Lite. In Blow Up, Antonioni brings a dark side to the swinging sixties and Hancock progresses not only jazz but also garage and psychedelia into new heights.

As I’m sure you can tell already I’ve been fairly indecisive over this list. My original fourth place was Escape From New York alone but upon revisiting Wonderland Philharmonic’s (actually just Mark Lindsay and W. Michael Lewis in Lindsay’s Wonderland studio) excellent Moog synthesiser classic for Shogun Assassin, I couldn’t help but include it in the list. Both soundtracks have the same futuristic feel to them but the difference lies in how inspiring John Carpenter’s Escape From New York work of genius (any of his self-made soundtracks could have been on this list) and how dark the Shogun Assassin effort is. Carpenter’s piece sounds much the same as De Vorson’s The Warriors score with many of the same cinematic elements as well whereas the Shogun Assassin soundtrack is much more parallel to Vangelis’s Blade Runner, with a greater Asian sensibility.

There are almost no words to describe the fear that Goblin’s magnum opus creates for Dario Argento’s giallo masterpiece. The first time I saw the film was in a Picturehouse and I had to cover my face with my t-shirt due to the pure suspense that the soundtrack at full volume created. Coupled with the unnerving but wonderfully stylistic images of the film there’s more than enough reason to say that Suspiria is one of the most intense films ever made. I also luckily got the chance to see Claudio Simonetti and Goblin perform the soundtrack live in an 80-foot high church. Simonetti’s organ reverberated around the decadent building and struck me into a static position of unadulterated astonishment. 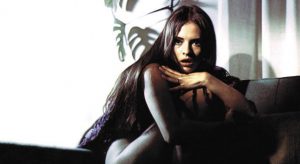 The Vampyros Lesbos: Sexadelic Dance Party, although also including songs from two other Jesús Franco films, is a wonderful foray into the world of sleazy psychedelia. Manfred Hübler and Siegfred Schwab’s organ and sitar augmented score fits perfectly with the trashy, hedonistic concept of Franco’s 1971 film. Furthermore, the album is completely listenable on its own. It acts as a wonderfully thought out psychedelic funk instrumental album that became a top ten hit in the British Alternative charts in the nineties.

I had to choose Forbidden Planet’s soundtrack as number one purely for the scope and influence it has had on the world of film soundtracks. Being the first wholly electronic score ever used, Louise and Bebe Barron produced this soundtrack in 1956 before the first synthesiser was ever created. They did so by overloading circuits until they made a sound, recording and altering this sound and then snipping the tapes up and arranging them into compositions. This combined with the ridiculous for its time sci-fi visuals and the Lovecraftian plot of the film make for an absolute feast of genius. The Barron couples effort influenced and still does influence hundreds of soundtrack artists and exudes the drive and genius that all artists should attempt to work under.

Bonus – Brotherman
This soundtrack album, compiled and released by Numero Group, is from the Blaxploitation film that was never completed Brotherman. It’s performed by The Final Solution and is a lo-fi-esque funk tour de force. Everyone should probably check it out, it’s just a shame the film was never made.