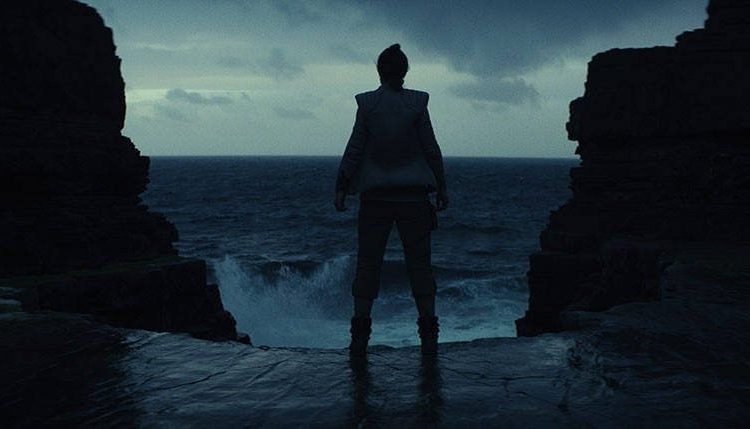 This one needs no introduction as generations of film fans sat glued to YouTube or in the audience at the Star Wars Celebration Orlando 2017.

The trailer starts much like the film is rumoured to: on Luke’s island exile where we see Rey receiving the sort of training that would make Mr Miyagi take a bow. Although Daisy Ridley’s comments from The Last Jedi panel suggest that he’s not the mentor she’s looking for.

Alongside a shot of General Leia strategizing, Rey also refers to seeing “light…darkness…the balance. At the mention of balance, Rey gestures towards a symbol that also appears on the new poster, where it emanates from her lightsaber and separates Luke and Kylo Ren. Hmm…is that the very same balance that Anakin Skywalker was supposed to bring to The Force?

Finn is still looking worse for wear, flat out on a medical stretcher and presumably on his way to see that preachy medical droid, whilst Poe Dameron and BB-8 are seen retreating from an exploding X-Wing. There are glimpses of new, almost podracer-like vehicles and the usual space dogfight, with the Millenium Falcon proving it’s still more than a bucket of bolts.

The state of Kylo Ren after his battle with Rey is still kept under wraps and we struggle to see much of his rearranged face behind his emo fringe and lightsaber. The smashed helmet is intriguing however and invites speculation of Kylo Ren possibly turning away from his infatuation with Vader.

Conspicuous by their absence are General Hux and Supreme Leader Snoke, but we do get a tease of Captain Phasma emerging from the smoke with a band of baddies by her side. Could these be the Knights of Ren? Or something closer to the elite Deathtroopers we saw in Rogue One.

Most ominously though are Luke’s final words which end the trailer; “It’s time for the Jedi…to end.” We preferred it when he didn’t talk.

Star Wars: The Last Jedi is scheduled for UK release on December 15th and you’ll find the review here on Flickfeast. What did you think to the trailer? Let us know below.