All change for FrightFest

by Cleaver Patterson
in Festivals, News

2016 is seeing some major changes for FrightFest, the UK’s biggest genre film festival.  Earlier this year they announced that they would be holding this year’s event – which runs from the 25th to the 29th August – at the VUE cinema in Shepherd’s Bush, West London, whilst their usual venue at VUE Leicester Square undergoes renovations.  This marks the first time since the FrightFest started in 2000, that it will be held outside London’s West End.  On top of this it has been announced today that the festival will have a new headline sponsor in the shape of the TV’s Horror Channel, after many years with FILM4 in the role.  Though the Horror Channel has had a close relationship with FrightFest since they were its banner sponsor in 2005 and 2006, this marks a major change for the public face of the festival, and will doubtless attract plenty of interest from devotees of the popular TV station. 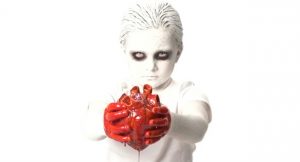 Journalist and broadcaster Alan Jones, co-director of FrightFest, has said: “FrightFest is thrilled to welcome Horror Channel on board as their new headline sponsor. Horror Channel has been a vital part of the FrightFest machinery for many years, so our on-going relationship is already built on solid foundations. Together we recognised the further potential in each other to celebrate the horror fantasy genre on an even wider canvas than before, something followers of both of our brands can appreciate”. 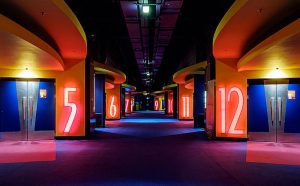 How these major changes will effect the popularity and success of the event, we will no doubt find out in August.  In the meantime you can keep an eye on their progress through their website at: http://www.frightfest.co.uk