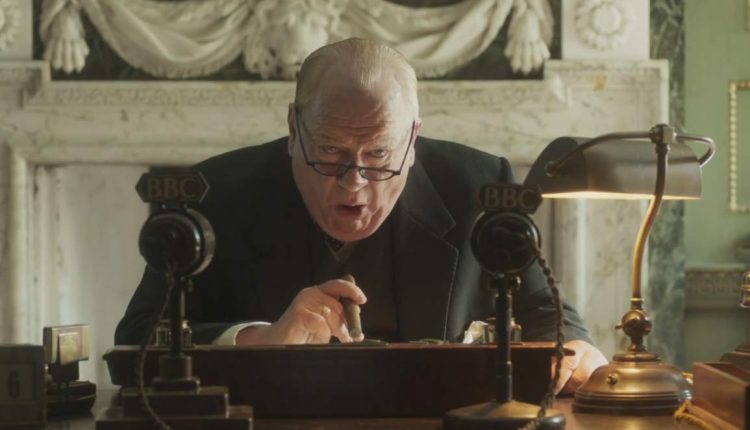 Do film distributors have some uncanny knack at foreseeing the future and picking the perfect time for a film’s release?  Sometimes it doesn’t work – indeed you can’t help but wonder whether some films should ever see the light of day.  Others however seem timed just right to catch the public mood.  Which is the case with Churchill, the new fictionalised account by writer Alex von Tunzelmann and director Jonathan Teplitzky, recounting the days in the lead up to the D-Day landings during World War II.  In these current days of political unrest and uncertainty surrounding our place in Europe, as well as the constant threat of terror from foreign enemies, a film which reminds us that we’ve been in similar situations before and emerged stronger and with renewed vigour, seems uncanny in its opportuneness.

Remembering some of history’s greatest leaders, you can’t help but think that if they were around now they’d get things sorted. Looking at issues which currently threaten the stability of our country – both from home and abroad – you could be forgiven for asking whether, if Churchill was alive, he wouldn’t just plow in and take control.  But would he be able to?  Powerful leaders from the past and the situations in which they found themselves, are often looked at through rose tinted spectacles, making it appear with the benefit of hindsight, that though things were hard everything worked out for the best in the end.

Churchill saw the country through one of the darkest periods in its history, and is now considered one of its greatest statesmen. However, if Tunzelmann and Teplitzy’s film is to be believed, not everything was plain sailing. Churchill – building on his own experience from World War I – was not convinced on the direction the allied forces were heading in the lead up to D-Day, but found himself increasingly sidelined by foreign powers who he had believed to be his friends and allies. Of course we now know how everything panned out, and Churchill emerged as the great leader who took his forces to a decisive victory against the Germans. At the time however, as the film points out, things possibly played out rather differently in private. The filmmakers have said that they wanted to show Churchill – and those closest to him – as human, wracked with the same doubts and fears as everyone else, especially when decisions of such magnitude rested on their shoulders. Here we see the great man as a somewhat moody, irritable curmudgeon, likely to fly off the handle at the slightest provocation. Equally though he is portrayed as a man who was ready to admit his failings – as he does when his young female secretary brings him back to earth with a bump, by reminding him of the human cost of the events they are about to embark upon.

As with most British backed period productions the film’s attention to detail and recreation of England – and more specifically London, where most of the action plays out – is sublime.  The performances of the main characters – especially Brian Cox as Churchill and Miranda Richardson as his long-suffering wife Clementine – are also faultless, though the power play between Churchill and Clementine does lead to imaginary situations which have enraged their decedents and experts on the period.

Ultimately though these bursts of passion and human frailty, simply enforce the image of the man that the filmmakers have claimed they wished to show.  Traits which many contemporary leaders could learn from.