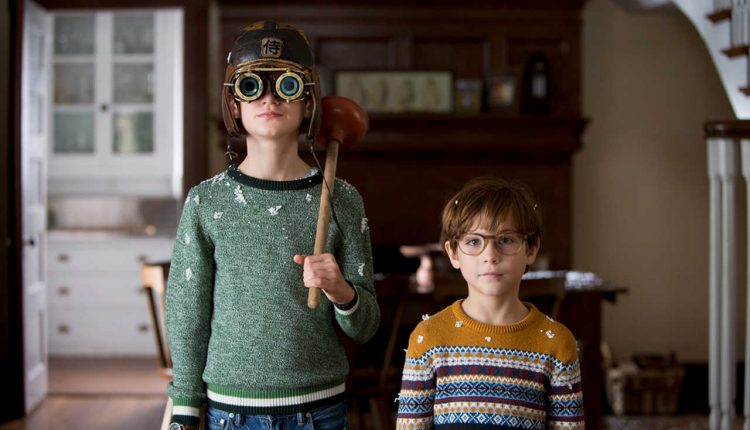 Director Colin Trevorrow had only one directorial feature before he signed on to continue the Jurassic Park film series. Despite mixed reviews, Jurassic World achieved a record-breaking box office weekend, grossing $500m worldwide, and is the fourth highest-grossing film of all time. Shortly after he was assigned to direct Star Wars IX, he made this maudlin drama written by Gregg Hurwitz.

The Book of Henry follows precocious 13-year Henry (Jaeden Lieberher), who lives with his younger brother Peter (Room‘s Jacob Tremblay) and mother Susan (Naomi Watts). As Henry increasingly suspects his classmate and neighbour Christina (Maddie Ziegler) of being abused by her stepfather Glenn (Dean Norris), he starts to plan her rescue.

Like the eponymous character, The Book of Henry is too sure of itself. Comprising a melee of different tones and plots, Hurwitz’s screenplay expects the audience to understand and support it throughout each emotional development. However, the self-confidence through the direction and screenplay – relying heavily on the sentimental aspects and its cast – doesn’t explain the confusion and elements that are wrapped up all too quickly, denying an opportunity to fully develop the film’s story, along with its supporting characters.

While Henry is a miniature adult, Susan comes across as a grown-up child. In a somewhat unchallenged performance by Watts, whose character likes to drink with her friend Sheila (Sarah Silverman) and play video games, choosing to delegate household duties to Henry, she seems like an irresponsible parent. Even when she is compelled to become involved in the film’s darker developments, she incredulously still needs to be guided by him. As a result, the whole film rests on Henry’s small shoulders.

In addition, the story feels too one-sided. Trevorrow only allows audiences to see things from Henry’s point of view, giving audiences the impression that he is the most mature (therefore credible) character in the ensemble. Aided by his social awkwardness, his startling intelligence and maturity, this provides a somewhat biased opinion of the film’s events, leaving actions by certain characters frustratingly unjustified.

It is a shame that these faults overshadow the film’s appealing cast such as Watts and the adorable Tremblay, as well as occasionally snippy one-liners from its younger characters. This film has a promise of something more than a sentimental family drama, but by incorporating different unnecessary elements, Hurwitz completely misfires, leaving Trevorrow to suffer in the lead-up to Star Wars IX.

Overall, The Book of Henry is confusing and so poorly executed, that not even its talented cast can save it.

The Book of Henry is out in UK cinemas on Friday 23 June.