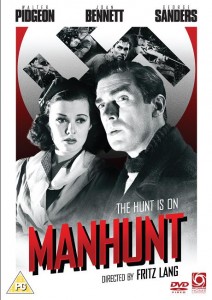 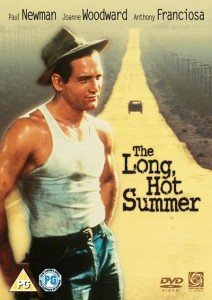 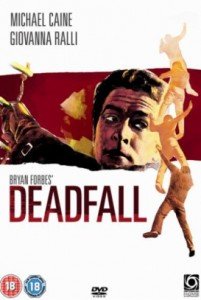 Three classic Hollywood films are being released on DVD today and courtesy of Optimum Releasing we have three sets to giveaway to three of you lucky readers!

Man Hunt is a 1941 American thriller directed by Fritz Lang and starring Walter Pidgeon and Joan Bennett. Capt. Alan Thorndike (Walter Pidgeon) is caught near Berchtesgaden just as he’s drawn a bead on Adolf Hitler. He is beaten, left for dead, and escapes back to London where he is hounded by German agents and aided by a young woman.
Extras: Trailer

The Long Hot Summer – Director Martin Ritt combines two of William Faulkner’s Southern stories into this immensely entertaining drama starring Paul Newman as Ben Quick, a wandering handyman who arrives in Frenchman’s Bend, Mississippi where menacing rumors about his past are circulating. The self-made town despot, Will Varner (Orson Welles), quickly warms to the drifter and, seeing a bit of himself in Ben Quick, Varner takes him under his wing and gives him a job at his store. Disappointed with his own son’s lazy demeanor, and fearing that his grandchildren will be the same, Varner tells Quick that he’d like him to marry his daughter Clara (Woodward), a tough-minded schoolteacher.
Extras: Trailer

To enter this competition you need to do the following…

Competition Rules: You must be 18 or over to enter. The competition closes on 7th February 2011! Winners will be notifed by email once the draw has been taken and the winners must claim their prize within a week otherwise a replacement winner will be drawn.