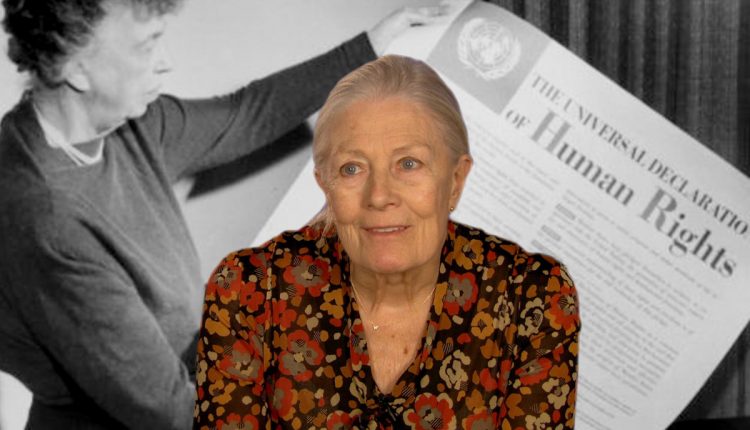 Vanessa Redgrave’s decision to make her directorial debut at 80 years of age wasn’t born out of creative curiosity, but a moral duty. Over 50+ years, she has built a formidable reputation as a human rights activist, reaching out to politicians in a bid to raise a greater awareness of the many terrible injustices that plague our international society. But now she wants to appeal directly to us, the people, and show us the fears faced & sacrifices made by those who have abandoned their ravaged homelands in the hope of forging a better life for themselves in Europe; convinced that the only way to influence the attitudes of those in power, is to sway the direction of public sentiment.

As such, there are times when Sea Sorrow more closely resembles a charity infomercial than a documentary. The level of craft here is rudimentary, the edit occasionally undermined by Redgrave’s earnestly heavy-handed manner. A recurring motif of a rustling bivvy blanket being used as a buffer between passages strikes one as being particularly clumsy, as does the inclusion of not one, but two Shakespeare readings, which stall the pace and subsequently lessen the film’s gravity.

The message Sea Sorrow ultimately carries, however, is one that’s impossible to ignore, and the film could be considered a meditative companion piece to the more militant Chasing Asylum. Redgrave herself offers testimony, reflecting on times during the Second World War when we Brits operated a far-reaching open door policy for child refugees, something recent governments have all but abandoned. A trip to the Calais Jungle, presented in the form of an unedited Sky News report that features an interview with Redgrave, candidly reveals the squalid levels of degradation that the child refugees of today there are forced to live in; a desperately sad experience that consumes you with an overwhelming sense of shame.

“It’s got to the point where the word ‘refugee’ is used as a term of abuse,” observes one speaker early on, citing the growing animosity that we see directed towards those who travel to Europe from afar; the focus always shifting back on to the viewer. An extended interview with the Labour peer Lord Dubs underlines the importance public opinion; citing how a surge in support from the British people compelled the government of the day to accept far greater numbers of Hungarian refugees following an uprising in the mid-50s. The intimation is simple; the acceptance of those who have fled from the other side of the world is not an alien concept for either the Brits or the Europeans. And though Redgrave’s skills as a filmmaker may be slightly confused, the message her film imparts could not be made any clearer.