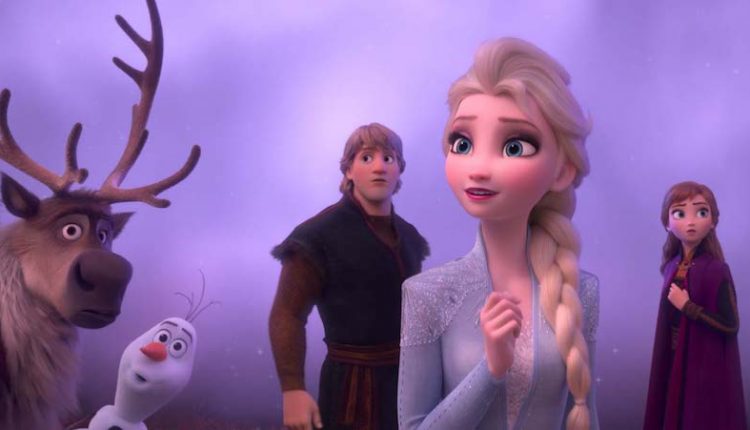 In 2013, Disney released their 53rd animated feature, Frozen, which was their take on Hans Christian Andersen’s Snow Queen. The film became a huge hit, inspiring millions of girls to ‘let it go’ and earning more than $1.2 billion at the global box office. Needless to say, a sequel was always going to be on the cards.

Frozen 2 reunites Elsa (Idina Menzel), Anna (Kristen Bell), Christoph (Jonathan Groff) and Olaf (Josh Gad), who have now become settled in Arendelle. When Elsa starts to hear voices calling out to her, the group embarks on an adventure to discover the origin of her abilities and save the kingdom.

After the success of Frozen, there was an unspoken responsibility that Frozen 2 needed to deliver on its predecessors’ ability to speak to female viewers. In its sequel, the empowerment angle takes a different slant as Elsa takes it upon herself to find out more about her powers.

By this point, she has accepted that she is more than just Queen of Arendelle. However, Frozen 2 sees her delve into a deeper mystery that threatens to open up old wounds about her family. Despite a firmer relationship and a confidence behind her abilities, Elsa’s restlessness prevents her from opening up about her fears to Anna, which highlights the lingering barriers between them.

In addition, Frozen 2 adopts a more mature approach direction rather than yield to the family-friendly overtones that dominate the first film. Through Olaf’s endearing confusion, the film attempts to explore grown-up themes such as grief, moving on and belonging but these eventually get pushed aside to focus on Elsa’s story. The subsequently consistent focus on her minimises the development of other characters, making Christoph the third wheel in the sisters’ life while Olaf offers little comic relief.

This imbalance also causes directors Buck and Lee to create a predictable and anti-climatic plot while the eclectic soundtrack adopts a more forceful approach. This results in it lacking Frozen‘s singalong-ability while the uninspiring screenplay is devoid of intrigue and twists.

However, the vocal performances are great, with Menzel stealing the show in the film’s power ballad ‘Into the Unknown’ while the vivid animation highlights its autumnal tones and elemental themes such as the spectacular water fight hinted in its teaser. The film also further develops the franchise by answering questions raised in Frozen, as well as fan theories about its place in the Disney multiverse.

Although Frozen 2 is enjoyable enough to watch, it lacks the catchiness of its predecessor so it is sure to both appease and frustrate fans.