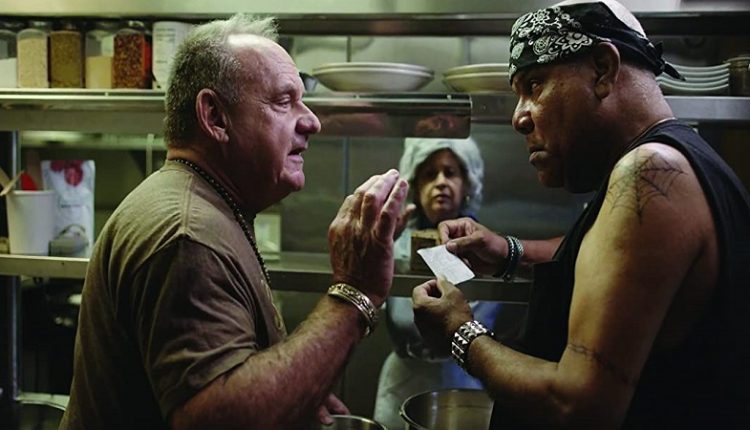 Directed and co-written by Linda Palmer, Turnover follows the story of Peter (Paul Guilfoyle), a middle-aged man who has been advised to go on a two-week sabbatical. Unbeknownst to him, his frustrated manager Henry (Riker Lynch) takes on a new job at another restaurant and intentionally hires a group of misfits, leaving Peter’s French café in their inexperienced hands. But when Peter returns and meets his new staff, he gets an unexpected surprise.

At first glance, Turnover is a straightforward film that highlights the generation gap between the outdated Peter and the young and ambitious Henry. They share different ideas but it is the latter’s haughtiness and discontent that causes him to hire anyone out of spite – leaving a taste of bitterness that sows creative uncertainty at the beginning of the film. In addition, certain characters such as Peter’s demanding ex-wife Fran (Kat Kramer) and the film’s ‘Golden Girls’ – a group of gossips – just come across as stereotypical and redundant.

But the film comes into itself when we are introduced to Peter’s new employees. Ranging from endearing couple Charlie (Blair Williamson) and Gina (Jamie Brewer) to the talented ex-convict Mig (Carlos Carrasco), the stubborn cafe owner slowly learns to appreciate the group for what they are – an uplifting blessing in disguise. While their overwhelming support can be cloying at times, it doesn’t fail to warm the heart and raise a smile.

Overall, Turnover is a sweet, family-friendly drama that subtly celebrates diversity and acceptance amid its ensemble cast.

Turnover is available on Amazon Prime and Google Play Movies.