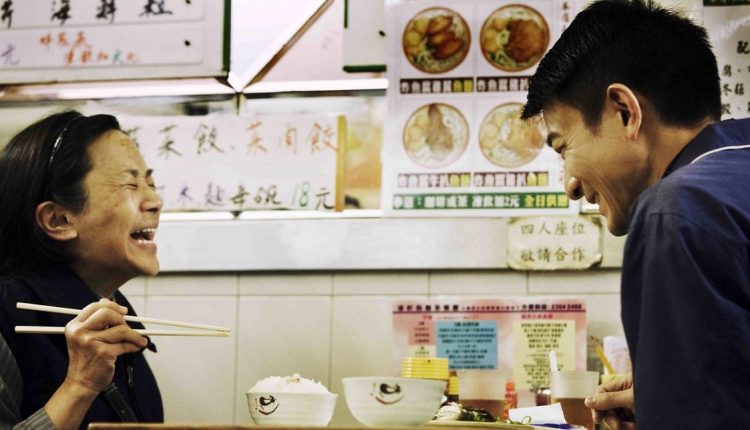 If you’ve checked out any major Hong Kong movies during the past few decades then it’s more than likely that you’re familiar with Andy Lau, even if you don’t realise it. He’s starred alongside Jackie Chan, Chow-Yun Fat, and quite a few other familiar names. He’s also been a main player in hits such as Infernal Affairs and The House Of Flying Daggers. He’s kind of a big deal. In this film, Lau plays a young man named Roger who finds roles reversed when the family maidservant (played by Deannie Ip, the godmother of Lau in real life) has a stroke. She needs to be properly looked after, and Roger wants to ensure that happens, especially as she was such an important figure throughout his life.

Although this often feels like a lightweight snapshot of a relationship between two people who obviously have a deep affection for one another, it uses that focal point to look at a couple of different issues. First and foremost, you get a look at what an impact a carer can have on the life of someone they have looked after. There’s also the recalibration required when those roles are switched around. And then you have the general concerns of growing old without always having the resources to do that in the comfort and security that should be a right, instead of a privilege.

Lau and Ip are both as great as you would expect in their roles, bringing along with them a whole heap of baggage (due to both their offscreen closeness and the past movies that have cast them as son and mother). Ip really excels in scenes that reveal more of her character and how she deals with her new situation, such as the encounters with a fellow nursing home resident (played by Paul Chun, also very enjoyable) who is constantly trying to “borrow” money from people.

Director Ann Hui keeps things simple and grounded, working from a delightful script by Susan Chan and Roger Lee that remembers to convey the internal happiness and contentment of the central characters, even during some of the sadder moments. If Lau and Ip are having a hard time separately, they know that they will smile again soon when they next meet up, be it in person or even just on a phone call. And that is the essence of good friendship, and the way in which your best friends become family.

Well, if this doesn’t freak you!