80s Christmas Classics for Kids that Still Hold Up

If you’re like most people during the holidays, Christmas usually means two things – the return of that god-awful Christmas Shoes song and movies! Well, there’s probably more to it than that but, really, when all the in-laws have partied themselves out and the nuance of all those presents wears off, it’s the movies that you remember from when you were a kid that last.

The 80s were home to some of the quintessential Christmas classics and many of them still hold up, even to this day. You might not find too many of these on the innumerable Top Ten lists out there, but below are just a few gems from the 80s for the young and the young at heart. 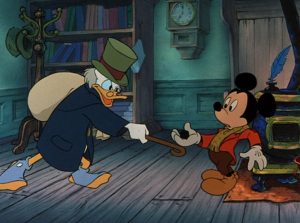 This charming reimagining of the Charles Dickens classic features none other than Scrooge McDuck as the ill-mannered and avaricious Ebenezer Scrooge. How apropos! It’s also pretty much a who’s who of iconic Disney stars all woven together in a brilliantly animated short that illustrates the dangers of outgrowing the Christmas spirit, and what it truly means to find wealth in family and fellowship.

There’s a reason why A Christmas Story is considered the ultimate holiday flick, ranking up there with all the classics. Have you ever tried to plan the perfect Christmas party or the most ideal holiday gathering only to have it blow up in your face every time? Christmas is joyous, sure, but it can also be nothing short of chaotic. This film illustrates this while still managing to draw some magic and wonder not from spooky spirits, but from its own contemporary trappings. It’s relatable and it resonates with us. 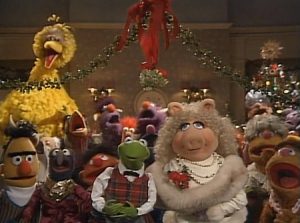 Back in the 80s, you could slap Muppets on pretty much anything and it would be guaranteed gold. Jim Henson was a genius who knew his way around an imagination and knew just how to instil his stories and characters with the right amount of joy and wonder. As you might have guessed, A Muppet Family Christmas is pretty much his jam with a whimsical holiday tale featuring not just the Muppets, but some Sesame Street citizens and everyone’s favourite Fraggles.

Will Vinton’s A Claymation Christmas Celebration (1987) 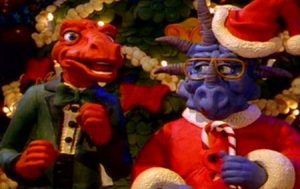 The 80s were kind to stop-motion pioneers like Will Vinton and when he wasn’t working on the California Raisins or 30 second TV spots for various products, he was working on holiday specials like A Claymation Christmas Celebration. Will Vinton’s trademark detail and fluid animation is particularly notable in this holiday classic exploring both the meaning and etymology of common, Christmas colloquialism.

Yes, unironically, Ernest Saves Christmas is a good Christmas movie that still holds up even today, and contrary to popular belief, Jim Varney was a pretty good actor. The story is pretty much standard fare for anyone familiar with the misadventures of Ernest P. Worrell. A bumbling Deep South caricature with a heart of gold and possible schizophrenia has to struggle to replace a world-weary Santa Claus who has just had enough.

Those are just a handful of the Christmas Classics the 80s had to offer. We didn’t even talk about Gremlins or National Lampoon’s Christmas Vacation. So the next time you’re looking for a holiday classic to share with your little ones, think back to the 80s.

Kevin Fischer is a freelance writer. With a passion for TV, technology, sports, movies and music, Kevin is best considered as entertainment-enthusiast. In addition to keeping up with his favorite programs, teams, gadgets, and celebrities, Kevin enjoys going to concerts and exploring his musical talents. Tweet him @KevinTFischer