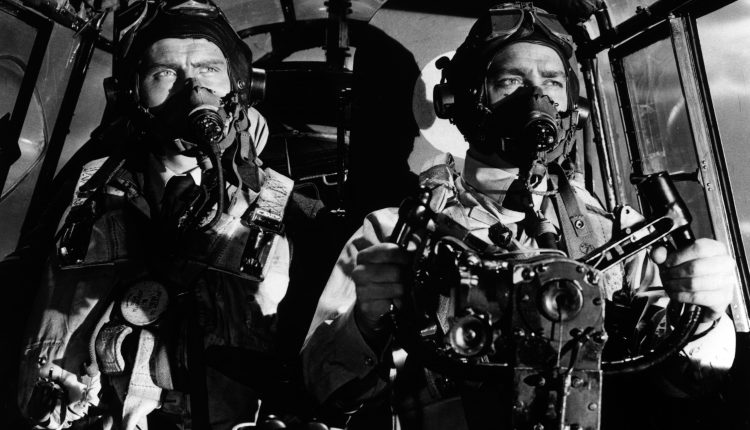 A true British classic, The Dam Busters is directed by the late Michael Anderson (Logan’s Run/Around the World in 80 Days) and is based on the true story of Commander Guy Gibson and his squadron. The Dam Busters (1955) captures the exploits of a group of young pilots and their crews, charged with taking out the impenetrable Ruhr river dams of Germany with an ingeniously designed bouncing bomb. Starring Richard Todd as Gibson and Michael Redgrave as scientist and engineer Dr Barnes Wallis, the film also immortalised composer’s Eric Coates’s masterpiece: The Dam Busters March.

For the restoration of the film, StudioCanal went back to the original 1954 camera negative
and sound negative, and produced a version which rivals the technical standards set by today’s biggest international film releases.

We have two copies of The Dambusters on Blu-Ray up for grabs, courtesy of the lovely people at Organic Publicity. Complete the quiz below and share your score on either Facebook or Twitter, and we’ll pick the winner at random on the 1st of July. Are you ready? You go…we’ll cover you.

The Collector’s Edition, which is available for purchase only, includes the feature in 1.37 and 1.75 aspect ratios, a 64-page booklet, a rare aerial photographic print of the Möhne Dam following the raid (signed by the surviving members of the original 617 Squadron), an RAF Chastise Lancaster Bombers poster and a set of 5 art cards.

The Dam Busters is available now on DVD, Blu-ray, EST and Collector’s Edition from Amazon via StudioCanal’s Vintage Classics label from June.