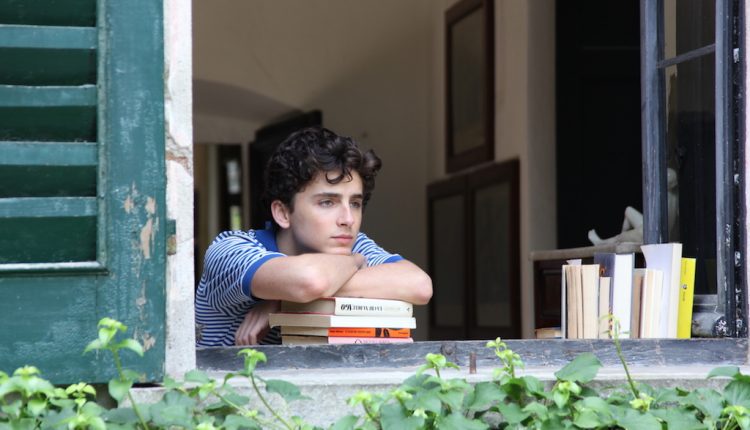 Set in northern Italy in 1988, Call Me By Your Name focuses on the relationship between 17-year old Elio Perlman (Timothée Chalamet – Hot Summer Nights) and 24-year old scholar Oliver (Armie Hammer), a Jewish-American associate of Mr Perlman (Michael Stuhlbarg). Although initially hostile to each other,  romance eventually blossoms between Elio and Oliver.

This is a classic coming-of-age film – an unexpected summer fling that symbolises first love.  In a refreshing change from overly hesitant romances that don’t go anywhere – a frustratingly-overused plot device in film and TV albeit a relatable one for adolescence – Elio’s interest in Oliver is established from the first scene and subtly grows throughout the film.

Luca Guadagnino’s intimate direction amid the sun-kissed Italian countryside exudes sensuality while taking it to a simpler time filled with wine, food and leisurely bike rides. It’s an environment not tainted by gossip or judgment due to Elio’s secluded home, which is free of the stifling atmosphere and homophobia of a small rural town in the 1980s. This allows Elio and Oliver’s connection to gradually develop and allows them to be honest with each other, enabling their romance to progress almost obstacle-free.

Hammer and Chalamet deliver standout performances as Oliver and Elio, respectively. While they each emanate a boyish innocence, they share a poignant and tender chemistry that rises above their mutual timidness. Additionally, the screenplay co-written by Guadagnino, James Ivory and James Fasano is eloquent and maturely written, complementing Aciman’s thoughtful and intelligent characters.  The story’s poignancy is not limited to Elio and Oliver, as Stuhlbarg delivers an emotionally charged monologue about on acceptance and love, resulting in one of the best father-son scenes in film this year.

At its heart, Call Me By Your Name is bittersweet, melancholic yet ultimately uplifting – just like first love.