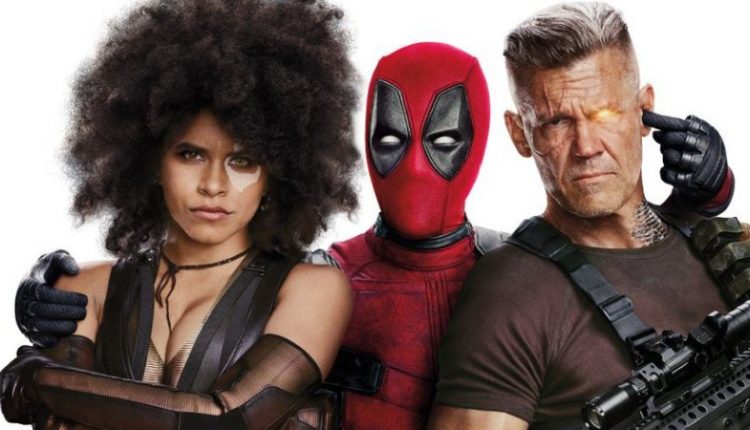 When Deadpool was released in 2016, he presented himself as a force to be reckoned with. His fast moves and even faster mouth quickly won a legion of fans worldwide, and Ryan Reynolds was redeemed for his poor performance of the same character in X-Men Origins: Wolverine. Now, the Merc with a Mouth is back with David Leitch (Atomic Blonde) in the directorial chair.

Two years after the events of the first film, Deadpool 2 sees Wade ‘Deadpool’ Wilson (Reynolds) form his own team of mutants to protect Russell (Hunt for the Wilderpeople‘s Julian Dennison), a boy with pyrokinetic powers, from cybernetic soldier Cable (Josh Brolin).

Even though Deadpool establishes that meta is the way to go, this approach is teetering on going overboard in the sequel. The majority of the dialogue is full of humour and self-awareness regarding Deadpool’s position among the X-Men (more of a recurring guest star rather than a full-time member), but it is not as refreshingly hilarious as its predecessor. In a way, its dependence on humour buckles under an unoriginal plot and the odd predictable twist and turn.

In short, as Wade so eloquently sums it up during the film: “That’s just lazy writing.”

With regards to the story, eagle-eyed film fans can see the similarities with 2004’s Night Watch and sci-fi classic The Terminator 2. Cable’s single-minded mission to take down Russell feels like a tried-and-tested formula that resonates with other X-Men characters and plots, so it comes across as deja vu and the film suffers as a whole because of it. In short, as Wade so eloquently sums it up during the film: “That’s just lazy writing.”

However, the story allows Deadpool to become part of something bigger. Featuring the sassy and super-lucky Domino (Zazie Beets) and fellow mutant Bedlam (Terry Crews), The X-Force forms the superhero team he didn’t think he needed and allows him to be more than a mouthy rebel. Deadpool’s leadership and paternal instincts kick in during his second outing, as he does the unthinkable and – shock, horror – put others before himself. Reynolds has never been better as he throws punches in all directions and his comedic skills are spot-on. With a screenwriting credit to his name, it is evident that this role is made for him and his creativity in character development shows no bounds.

The same cannot be said for the remainder of the cast. Brolin is buff and gruff as the determined Cable, while returning X-Men Colossus (Stefan Kapicic) and Negasonic Teenage Warhead (Brianna Hildebrand) are wasted comedic opportunities. New additions Domino and quirky Yukio (Shiori Kutsuna) bring a welcome sense of diversity, though they are essentially overshadowed by Dennison, who is great as the scarred Russell.

Overall, Deadpool 2 is further reassurance that Reynolds is the man for the job. Although it suffers from unoriginality, Leitch compensates this with wince-inducing action, excitement and sniggering bouts of fun.

Discover the delights in store for Rakuten TV this June