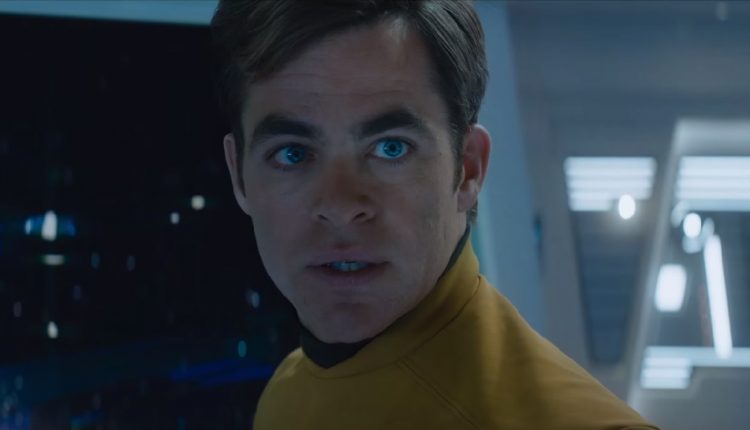 The title of the latest instalment in the ongoing Star Trek franchise is something of a misnomer for, if totally honest, Star Trek Beyond does not in fact go ‘beyond’ anything seen previously. The mega-buster – directed by Justin (Fast & Furious) Lin, and starring amongst others Chris Pine, Zachary Quinto and Simon Pegg – may be fun on a grand scale, but outside of its visual impact on the screen, the film brings very little which is new to one of sci-fi cinema’s longest running sagas.

Captain James T. Kirk (Pine) and his second-in-command Commander Spock (Quinto) take their ship the USS Enterprise to the unchartered reaches of space, in order to save the Federation from a new and deadly enemy, who has only one thing on their mind – destruction on a galactic scale.

As with all ongoing space and superhero sagas – from Star Wars to Superman – unless you’re a true, die-hard fan, it is unlikely that you will be able to tell one film from another: let’s be honest, when you’ve seen one hi-tech spaceship or building climbing mutant, you’ve seen them all. And so is the case with Star Trek Beyond. The baddie of the piece Krall, is vaguely reminiscent of numerous other alien monsters that have gone before, all with the similar aim of destroying vast civilisations which have – in their own twisted and perverted logic – somehow done them wrong. As for the USS Enterprise, though perhaps bigger and flashier this time round, it is really the same one William Shatner and his cohorts first helmed in the 1960’s television show just, well, bigger and flashier.

Another problem, and one which to me at least, was glaringly clear, is that the new crew – Pine, Quinto, Pegg et all – just aren’t Shatner and co. Now perhaps I’m being slightly disingenuous, and I’m well aware that the cast of the original series were not much older than the new boys on the block, but somehow the earlier group just seemed to have more gravitas than the current cast. That’s not to say that Pine isn’t believable as Captain Kirk, especially when the story calls for him to do his action hero stuff which it does on frequent occasions. Or that Quinto hasn’t managed to master Spock’s bitingly sardonic wit, which he pulls off with a suitably emotionless drawl. However one can’t help feel that you’d rather have the early crew’s air of maturity during the heat of the battle, which is something that today’s crop just seem to lack.

Visually, as mentioned before, everything here is done on a massive scale, which proves to be the film’s one saving grace. From it’s sense of space – particularly during the battle sequences – to the city like world captured within a giant floating globe, which Kirk and his friends must save in the inevitable climatic showdown, the visual aspect of Star Trek Beyond is impressively epic, which unfortunately seems to be the only aspect of the film to go ‘beyond’ what has gone before.