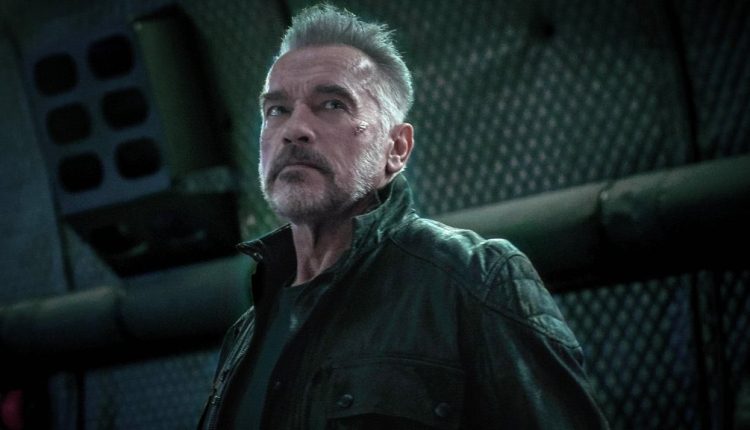 Whether we’re talking plastic Space Rangers, demonic killer clowns or acid-bleeding Xenomorphs, there’s no shortage of classic non-human film characters. The question is, are they more human than human? Simply sub-human? Or something else entirely? Flickfeast takes a look at the greatest movie characters who stem from outside the species of Mankind.

For many film fans, The Terminator AKA T-800 is probably Arnold Schwarzenegger’s most enduring role.

When first introduced in 1984 in the eponymous film, this cold and emotionless character only served one purpose – to kill heroine Sarah Connor (Linda Hamilton). He could have been written off as a one-dimensional villain but his memorable one-liners and stoic demeanour quickly made him an iconic character in sci-fi cinema. As the film received critical acclaim and solidified Arnie’s Hollywood career, it became clear that this simplistic character offered a blank canvas for further development.

In the 1991 sequel, the T-800 becomes an engaging protagonist through his ability to ‘learn’, offering a lighter tone and some unexpected but appreciated comedic moments. He also presents himself as a pet project, as well as a much-needed father figure for John – an ironic twist, considering the cyborg’s original role in the previous film. The lacklustre Terminator Genisys sees this development come full circle, as Sarah Connor (Emilia Clarke) is essentially raised and protected by a reprogrammed T-800.

35 years on, the T-800 is no longer seen as a villain. With Terminator: Dark Fate being released towards the end of the year, the character is as integral to the Terminator franchise as John and Sarah Connor.

Favourite Non-Human Character huh? Well, what about someone who is “more human than human”? That counts, right?

Thank the maker then – i.e. Tyrell – because my pick is Blade Runner‘s Rick Deckard. “Wait, what?” I hear you cry or type into Twitter… Deckard wasn’t a replicant!

On certain days I would agree with you as my own point of view changes with every single viewing of Blade Runner but today he is a replicant.
The beauty is that even thirty years on and even a sequel later, there is still not a definitive answer. Harrison Ford says absolutely not. Ridley Scott says he definitely is.

The clues are there; Deckard has a large collection of photographs, just like Leon; in the early cuts, Bryant talks about there being 5 replicants missing but Deckard only hunts down four; in one scene in the bathroom, Deckard has the orange glow in his eyes like other replicants.

The beauty of the film is that it leaves it open to interpretation because Ford is playing him as human, allowing a connection to be made with the audience. Deckard is gruff, cold and resentful. Existing only to hunt down replicants. Kind of like a machine that is designed for a specific job. It is through his interactions with the replicants, whether it is Rachel or Roy Batty, that he begins to open himself up to new possibilities. At the end of the film, just like Batty, he wants to live.

And that is where Scott plays his trump card. The origami unicorn left by Gaff that indicates he knows about Deckard’s dream. The only way that Gaff could know, is if the dream was an implanted memory by Tyrell and Deckard is indeed a Nexus 7 Replicant.

Checkmate as J.F. Sebastian would say…

For sheer awesomeness, it is going to have to be the shark
(also known as Bruce) from the original Jaws film. Why, I hear you
ask?

After 40 years, the shark is still a terrifying character. Countless other evil-shark films have tried to swim but sank, with none of their sharks as memorable as the good old one from Jaws. Good characters leave a
lot to the imagination, revealing only small parts of themselves and Bruce is infamous for this. Sure, it was a completely accidental decision and it did break down a lot – but the character – oh, the character was so intense.

Even to this day, Bruce inspires many people to avoid the open ocean at all costs. And then there’s the teeth – who’d want to argue with that? Perhaps we’re going to need a bigger article! Ahem.

Of the many accusations thrown at Stanley Kubrick, the biggest, perhaps, was that his films lacked humanity. That they were cold and obsessed with technology.

Aided by the immaculate voice work of Canadian actor Douglas Rain, who sadly passed away recently, HAL is by far the most iconic element of any sci-fi film yet made.

A near miraculous feat for a character made up of nothing more than a lightbulb and a name badge.

His red eye is everywhere, observing, constantly evolving, until a small, paradoxical programming error causes him to have something of a digital mental breakdown.

As he himself opines; “this can only be attributable to human error”.

He’s right. HAL is a product of human programmers. And the mechanical fallout of this cock up is now a very human problem, as HAL methodically goes about dispatching what he sees as the biggest glitch in his otherwise perfect system.

HAL’s issue isn’t that he’s psychotic, quite the opposite in fact. He is a machine of pure, calculated logic. His lack of true human feelings makes the decision, when his mission is under threat, to simply eliminate the human element altogether.

“This mission is too important for me to allow you to jeopardise it.”

… HAL is merciless (the little bastard won’t even open a pod bay door for you, so don’t bother asking)…

Of course, where HAL is merciless (the little bastard won’t even open a pod bay door for you, so don’t bother asking), mankind is resilient and one crew member, Dave Bowman (Keir Dullea), manages to slip from his snare, leading to one of the most iconic death scenes in cinema history.

As Bowman slowly begins to disconnect HAL’s logic circuits, the computer begins to plead with him, fully conscious that his memory is being erased and that he is now powerless to stop it.

Dark, poetic and strangely beautiful, in the end we are left with a strange pang of sympathy, as HAL’s voice croaks and he powers down for good. There are moral questions at work. Is it murder to turn off a machine? Is it a fair fight? Will my passwords be remembered the next time I boot up?

HAL is proof, if proof we’re needed, that one day even a buffer symbol may cause us to soil ourselves.

With the Star Wars saga giving birth to an entire universe of iconic characters, the walking carpet himself often gets short shrift. In fact, instead of fans petitioning to have The Last Jedi removed from the Star Wars cannon, perhaps their energy would be better spent campaigning for Chewbacca to receive his “I Destroyed the Death Star” medal at long last. Fingers crossed, that’s what we glimpse in the Star Wars: The Rise of Skywalker trailer.

Regardless, Chewie has so many onscreen moments which elevate him above the role of Han Solo’s sidekick and place him amongst the greats, and it’s no doubt down to the physicality of actor Peter Mayhew (and later, Joonas Suotamo). There’s the Wookie’s childlike unwillingness to jump into the Imperial trash compactor because of the stench; his inability to discipline unruly Ewoks whilst also piloting an AT-ST, and the way in which he wrestles with his conscience whilst dining out on roasted porg.

That all this can be conveyed through a ton of yak hair and a face piece must truly be the work of The Force (as well as Ralph McQuarrie and Stuart Freeborn, of course).

And then there’s that growl, courtesy of sound designer Ben Burtt. Often imitated (in our house, at least) but never bettered (ditto), the range on display through those simple snarls can induce both tears of laughter and tears of joy.

Think of his no-nonsense warning when a disguised Skywalker tries to cuff him to keep up appearances. Remember his guttural guffaws in response to Leia’s ‘nerf-herder’ line? Or more recently, how about that heart-wrenching howl as he witnesses his life-long best friend Han Solo plunge to his death. It’s still too soon.

In fact, what more needs to be said? Besides “Grrrrraooowww gruhhh”?

Who or what is your choice for the greatest non-human character? Let us know in the comments below.