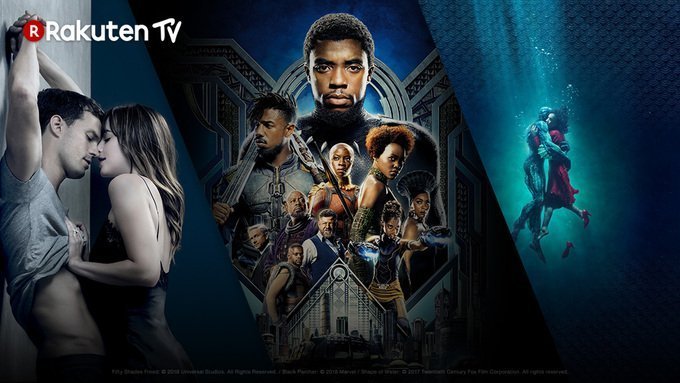 Discover the delights in store for Rakuten TV this June

It’s time we started paying attention to Rakuten TV. After this months announcement that their partnership with Dolby Laboratories and LG Electronics will bring Dolby Vision and Dolby Atmos into their customer’s homes, they have just announced some top quality cinematic titles that will be released throughout June.

June sees the glam of the Oscars and the beasts of the Box Office with Guillermo Del Toro’s Best Picture Oscar-winner The Shape of Water and Marvel’s Black Panther coming to Rakuten TV. Also new to the 4K HDR library is Fifty Shades Freed – a crystal clear up close and personal look at to their, err..happy ending (ahem).